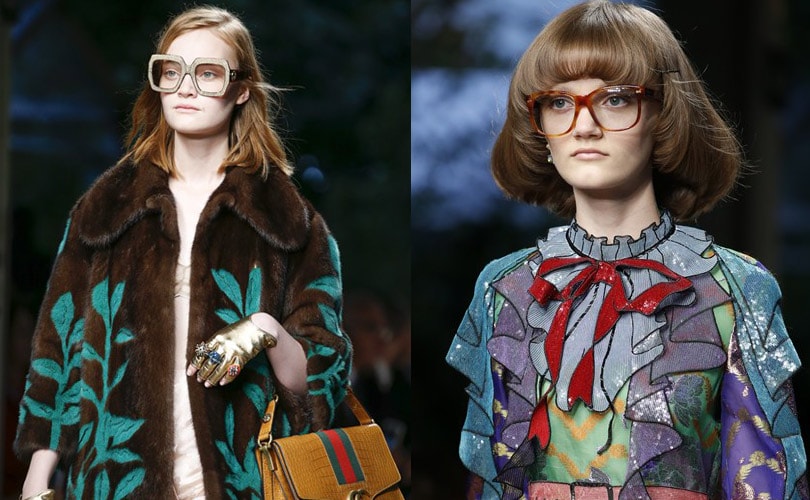 London - Once thought of as the creative highpoint of the global fashion weeks, Milan has slowly been slipping behind its world counterparts over the past years. This season however saw a series artistic highlights, as younger designers took the spotlight and brought the winds of change with them. With Gucci’s creative director Alessandro Michele being credited for reinventing and rejuvenating the label, up and coming designers such as Stella Jean and Massimo Giorgetti taking over the catwalks and established labels like Versace, Dolce & Gabbana and Roberto Cavalli presenting new looks, it was clear that Milan Fashion Week is ready to shine again. 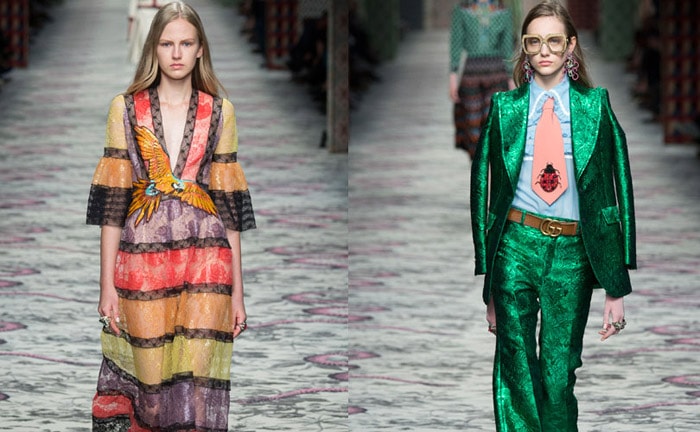 The Milan’s Spring/Summer 2016 shows were also back by the resurgence of strong fashion sales in its home country and abroad, with the new head of the Camera Nazionale della Moda, Carlo Capasa, predicting a 5.5 percent increase in the export of apparel and textile in 2015 compared to 2014. A renewed infrastructure for the fashion week, which included new headquarters and exhibition areas in the city’s new Porta Nuova business area which was boosted by the hum of activity brought in by the Milan Expo contributed to the up beat feeling throughout the city surrounding Milan Fashion Week. Although MFW has come to an end, and the fashion pack’s attention has moved on to Paris, let us take a moment to look at the re-vigorated Milan Fashion Week highlights.

Six months ago, Alessandro Michele’s furry slippers and loafers for his debut as Gucci’s Creative Director were received with some humour. However, no one is laughing at the success these hairy items of footwear have enjoyed since their launch, with pairs continually selling out across the globe and numerous designers quickly incorporating fluffy footwear into their collections. The famed slippers were spotted on the feet of the audience attending Gucci’s show last week, where Michele presented his second collection for the label. His vision, inspired by theme and landmarks from the work of 17th century philosopher Madeleine de Scudery was translated into granny-chic, meets bohemia girl with a touch of retro resulting in collection proved Gucci was moving in a new direction. 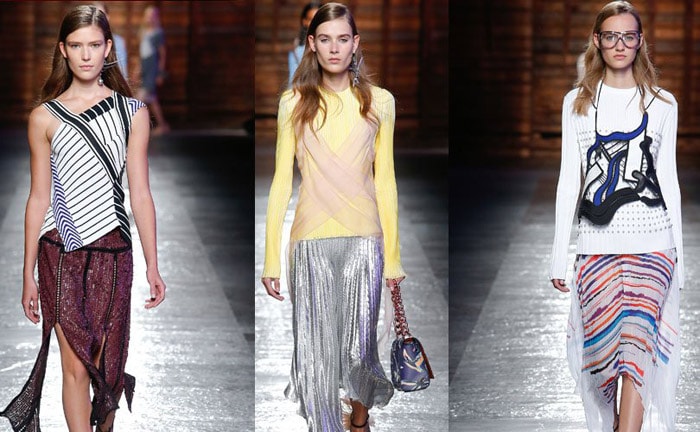 Following the departure of Peter Dundas, who left his role as Creative Director at Emilio Pucci to take over the helm at Roberto Cavalli, saw 38 year old Massimo Giorgetti take over the reigns. Presenting his first full collection for the brand following his resort range, Giorgetti stepped away from the image Dundas created of the Pucci girl last season, the sexy-sixties, kaftan girl and introduced his vision for the brand; the sultry, beach party girl layered in modern forms and silhouettes. Giorgetti embraced the brand’s heritage and tapped into nautical Pucci motifs to herald the brand’s move in a ‘bold new direction,’ whilst remaining true to its roots. “I wanted to translate all the house codes into something modern,” he said backstage to the Financial Times. “To take the foulard and make it into something new.” 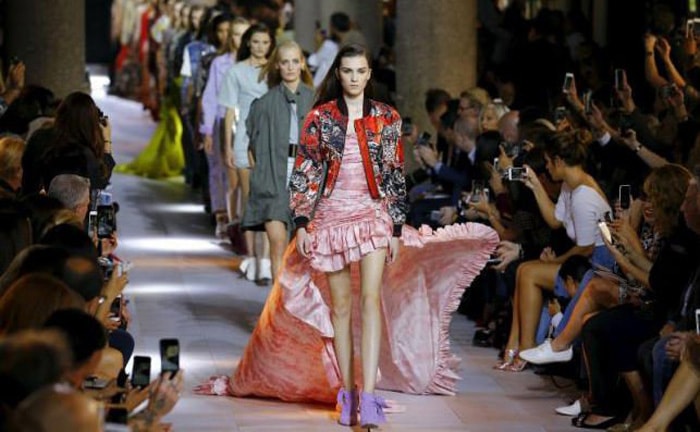 Debut shows, when a new creative director presents his first collection for a brand often receive the most media attention - especially when involves an established fashion house. However, Peter Dundas appointment as Creative Director at Roberto Cavalli received extra media attention due to it being the first collection to have been created without the label’s eponymous founder presence, as well as Dundas ‘homecoming’ as the Norwegian designer worked for the label in the early 2000s. Dundas was tasked with rejuvenating the brand, much like he did at Emilio Pucci and brought with him a whirl of bohemian lightness, moving away from the brand’s sensual and glamour essence.“"My first task since arriving here has been to think of something different that still maintains the soul of Roberto Cavalli," said Dundas to AFP. "Today's women are freer and looking for easier, perhaps more sporty clothes." 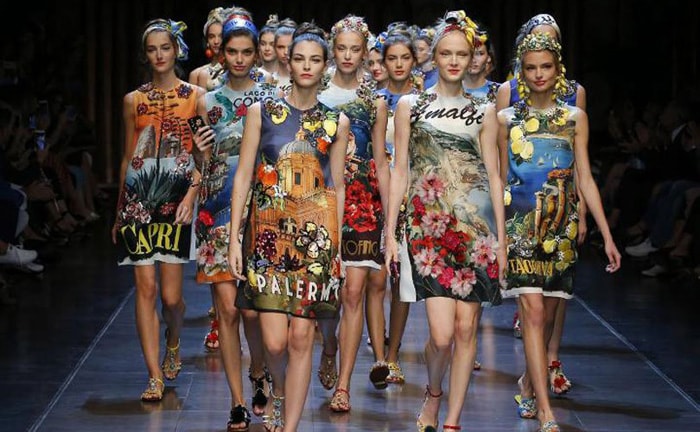 Both Dolce & Gabbana and Versace managed to win over the crowd's favour with their collections this season for different reasons. The former turned to their home country’s roots and historic sights for their collection’s inspiration, looking to the tailor’s of post-World War II and their improvisational skills to create something new out of something old. But it was Donatella Versace show, which she dedicated to ‘women everywhere’ which really caught the crowds attention - although this was in part also due to shows location. Inspired by the urban warrior, Versace stripped her collection down to an athleisure based range consisting of safari jackets, animal print mini dresses and military trousers - although according to the designer, her urban warrior is “absolutely not military.” The end result was hailed as one of the label's best shows to date. 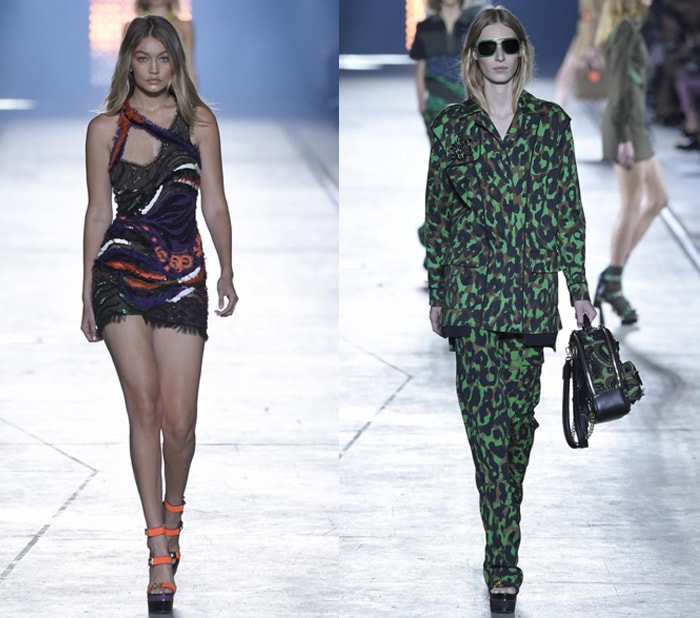 This gush of new wind, bringing promise of change has lifted the industry hope for a renewed Milan Fashion Week. Giuseppe Angiolini, honorary chairman of the Italian chamber of fashion buyers, says his compatriots appear to be falling in love with fashion again. "More than a recovery, I'd say it is an awakening," he said to AFP. "Two years ago everyone was totally fed up with fashion [in Milan]. Now we are seeing customers' desire and interest is back."