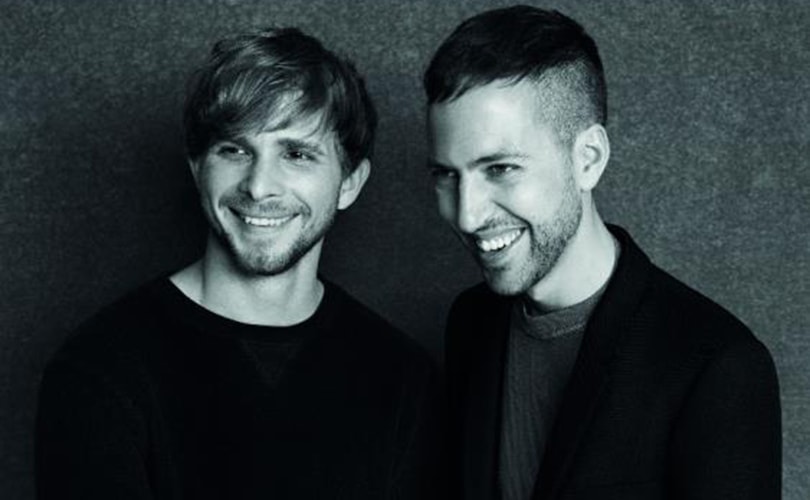 London-based Peter Pilotto, helmed by Peter Pilotto and Christopher De Vos, have been crowned winners of the inaugural Swarovski Collective Prize, an award to celebrate crystal innovation to mark the 15th anniversary of the crystal maker’s fashion creative platform.

The designer labels from London, New York and Paris that are taking part in this year’s Swarovski Collective competed for the prize, including the five London-based members Peter Pilotto, Mary Katrantzou, Marques’ Almeida, Ashley Williams and Huishan Zhang. They were up against talents including Prabal Gurung, Rodarte, Tim Coppens, Creatures of the Wind, Wes Gordon, Iris Van Herpen and Masha Ma.

As winners, Peter Pilotto won 25,000 euros as a reward for their innovative use of crystals, which comes in addition to the year-long crystal product and financial support provided by the Austrian company for their AW15 and SS15 collections. The designer label was named winner due to their clever use of incorporating the Swarovski crystals into their digital print pieces, including using the crystals to create flower motifs.

Peter Pilotto, added: "We are both extremely honoured and excited to have won the inaugural Swarovski Collective Award. We have really enjoyed collaborating with Swarovski, who have been extremely supportive of our brand."

Christopher de Vos, commented: "We feel privileged to have been given the opportunity to work with Swarovski crystals. Craft is such an important element of our brand and we love finding unique and innovative ways in which to introduce techniques or incorporate materials such as Swarovski crystals, striving to always feature them in a way that compliments and enhances the Peter Pilotto aesthetic."

The Swarovski Collective was founded by Nadja Swarovski in 1999, following a collaboration with a young Alexander McQueen, before establishing the initiative, which encourages designers to use crystals in their collections. The scheme has helped more than 150 emerging and established designers over the past 15 years including Jason Wu, Alexander Wang, Proenza Schouler, and Marios Schwab.

The Swarovski Collective will continue its 15th anniversary celebration with a special exhibition and event held in partnership with Dazed during London Fashion Week in September.