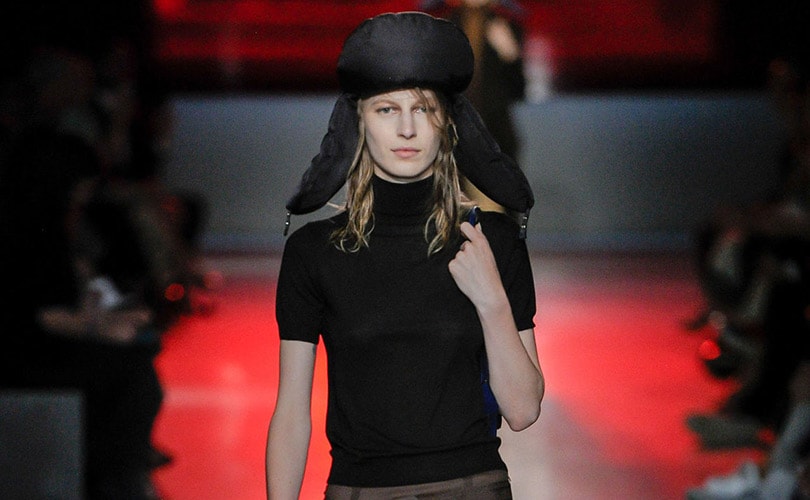 Prada will be returning to New York City for its 2020 resort runway show. The show will take place on May 2, and was announced right after a 15-second save-the-date video that debuted on British Vogue's website on Thursday. While many designers like Gucci and Louis Vuitton go for more ostentatious locations for their resort shows, Prada has kept it more low-key with venues like Milan's visual arts exhibition space Fondazione Prada Osservatorio in 2017, and in New York City at Prada's Uptown headquarters earlier this year.

Prada will be joining its competitor Louis Vuitton in New York City, as the latter will be showing their resort show in New York City on May 8. Both shows will actually be timed perfectly to be just before the Gucci-themed "Camp" Met Gala.

Prada rejoined the resort calendar two years ago, as resort has become a key category for luxury brands. With the constant need for newness expected from fashion brands, designers have taken special attention to resort and pre-fall.