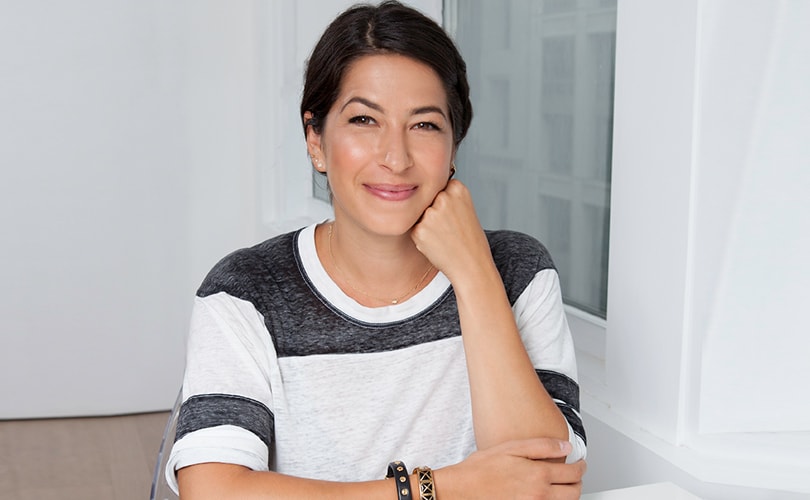 Minkoff is operating under the idea that the buzz generated from social media will send people out to retail stores to buy the items featured. She's a rebel in the sense that she is going against the tradition of showing the collections that will be in store four to six months from the runway show date. She isn't the only one among these ranks, Proenza Schouler and Thomas Tait have taken similar approaches before.

Minkoff will be inviting retailers, editors, and buyers to a show at a yet-to-be revealed location in February at an IMG-sponsored venue. The venue is expected to seat between 500 and 900 people. 30 to 50 percent of her audience is expected to be customers.

Minkoff is smart in realizing that the way people shop has changed. This isn't back in the day when customers would buy their wardrobe months in advance in preparation for the coming fashion season. Shoppers shop based on their immediate needs, it is a buy now and wear now mentality.

This is also Minkoff's approach to handling the already bloated fashion calendar. The size of the fashion calendar has become a hot topic in the fashion industry lately, with many designers, editors, and buyers complaining that it is too big between spring/summer, fall/winter, couture, resort, and pre-fall. Historically, no designer has ever shown in-season clothes at Fashion Week, so, this will be a first.

As for how she will be curating the runway, Minkoff says that it will be a mix of items already in stores as well as items that will be landing in stores about two months after Fashion Week for summer.

The company will still have individual appointments with retailers and buyers in addition to their runway show. Minkoff told WWD that "“We’re resetting things. We’re going to present a buy-now, wear-now show with our spring product that all of our stores and ourselves have purchased. We’re going to be inviting our top customers, whether it be department stores and say to their most loyal consumers, ‘You can come to a Rebecca Minkoff show.’”

Other designers who have decided to rebel against the traditional way of doing a runway show include Misha Nonoo, who earlier this year decided to have an "Insta-show." The designer revealed her spring/summer 2016 collection on Instagram, all easily accessible for public viewing. Whether or not Minkoff has created a domino affect and changed the way the fashion calendar will function is a long-term wait and see. For now, she dares to be different, and it just might work in her favor.