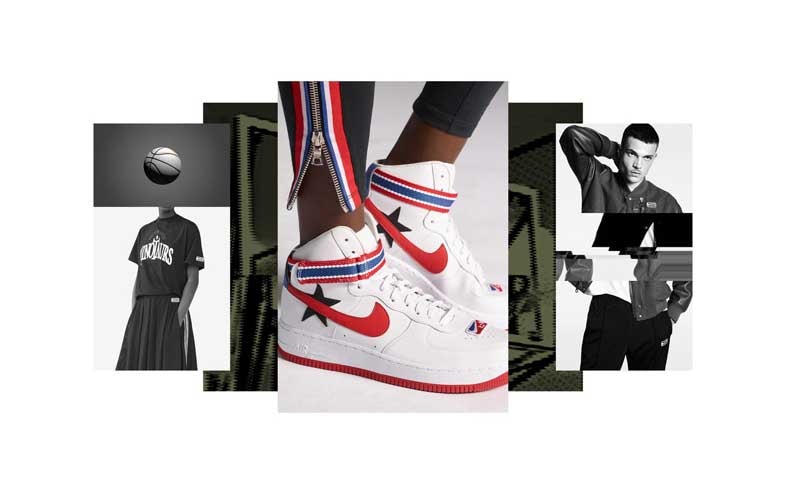 While those fans of Ricardo Tisci's Givenchy have been waiting to see what he will do next, there hasn't been any announcement about a next creative director role. However, the designer has found a project with Nike. Tisci has collaborated with the sneaker brand for a capsule collection of basketball shoes.

“What [Nike] asked me to do, I was very honored because Nike went back to the NBA and I think it’s a big deal because Nike’s a big dream and the NBA’s a big dream in America,” Tisci said to WWD at an influencer event. “They asked me to do [it] and I was very flattered. I love Nike. I’ve worked with Nike seven years and I’ve always loved Nike since I was a child. I used to be a basketball player, so the NBA for me is like the castle — when you arrive.”

The sneakerheads have already been talking about the new NikeLab x RT Air Force 1's, so expect those to sellout fast. The sneaker took inspiration from the American flag, and features red, white and blue accents. The price point for the sneaker is 220 dollars and is set for rollout the same time as the rest of the collection.

Tisci had a previous collaboration with Nike a few years ago that was also a success. The expectation is that this one will follow suit.