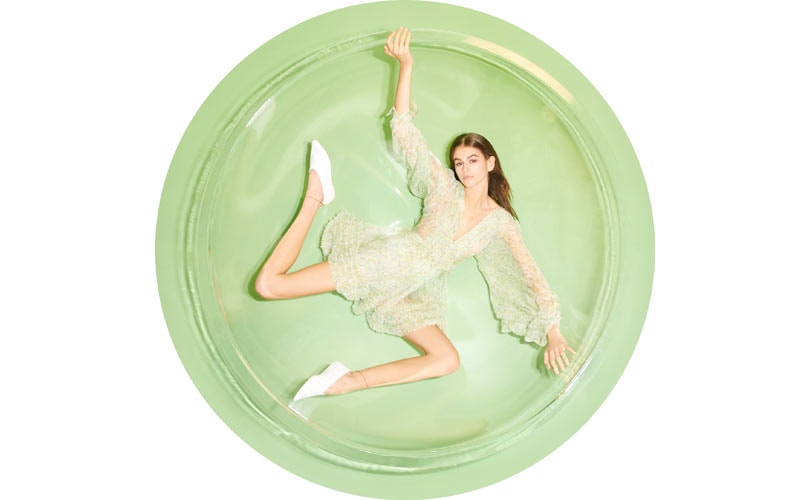 In the run up to the Stella McCartney autumn/winter 2019 catwalk show during Paris Fashion Week, the British designer has launched a social media campaign, with the help of her celebrity friends including Gwyneth Paltrow, Pink, and Drew Barrymore, to save Indonesia’s Leuser Ecosystem.

The #ThereSheGrows campaign is asking participants to dedicate a tree and a special message to someone, and then ask another person to do the same, in a bid to raise public awareness for what the designer is calling “an important cause”.

McCartney launched the campaign by dedicating a tree to her mother Linda and went onto nominate Gwyneth Paltrow, who planted a tree for her father Bruce Paltrow, via her Instagram, to spread the message of the forest that is under threat fro logging and development. The designer then made a donation through the Stella McCartney Cares Foundation to environmental non-profit organisation Canopy, which protects endangered forests.

The goal is to raise funds to protecting the Leuser Ecosystem, an area of ancient tropical rain forest that covers more than 6.5 million acres, as well as engage with the public on the work Canopy is doing to protect the forest, and to highlight how 4 million people rely on the rainforest for clean air, water and their livelihoods.

The campaign will be celebrated at the label’s autumn/winter 2019 show on March 4 in Paris, where the designer said in a statement: “We can all start a challenge to bring awareness to this area in need of protection. Our planet needs us… We need it… And we can have a bit of fun in the process! We will start here and we can all end together in Paris on March the 4 with some sustainable fashion to celebrate one voice and one love.”

Canopy founder and executive director Nicole Rycroft added: “By focusing the world’s attention on the magical Leuser Ecosystem with her new #ThereSheGrows campaign, Stella McCartney is aligning the stars for the protection of this storybook rainforest and the animals that call it home.”