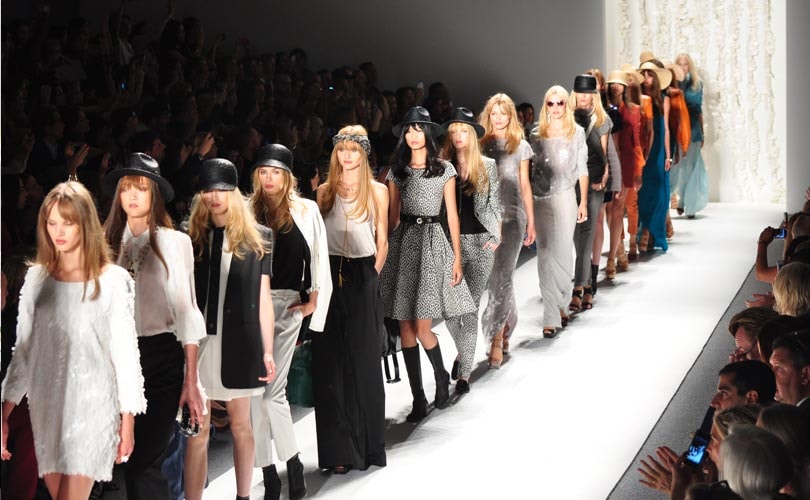 The economic impacts of NYFW

Everyone in the fashion industry has their calendar marked for New York Fashion Fashion, otherwise known as NYFW. With the biggest designer names in American fashion, some rising design stars, and even a select few international designers who choose to show in the big apple, it’s one of the most watched events on the entire fashion calendar all year. After a report by Representative Carolyn Maloney (D. – N.Y.), even those who don’t consider themselves fashion aficionados will be singing NYFW’s praises. These two weeks alone help New York generate a staggering 887 million dollars per year.

Maloney herself is a founding member of the Congressional Apparel Manufacturing and Business Caucus in addition to her duties as a ranking member of the House Joint Economic Committee. While she devotes her time as a public servant to trying to find ways to help businesses and the U.S. economy improve, and arguably being one of the most stylish members of the U.S. House of Representatives, Maloney knew the significance of Fashion Week, but never realized how much of an economic impact it had on the U.S. and New York’s economy. “The economic impact of New York’s Fashion Weeks is massive!” Maloney was quoted saying in a February 6th, 2015 press release after realizing the enormous amount of money fashion week generates for New York City.

In addition to the aid of the Joint Economic Committee, the New York City Economic Development Corporation also helped in preparing the report. They all ensured that the release of the report would be timed perfectly with the New York Fashion week beginning this Thursday, February 12th, 2015. One of the most fascinating aspects of the report was that it showed that NYFW is responsible for shoring (bringing back jobs that were once shipped overseas). With all the talk of America constantly losing jobs because they are being shipped overseas, it was easy to imagine that Maloney’s report was met with high praise both from those within and outside of the fashion community.

“Fashion is so much more than style; it’s big business that creates a vast array of good paying jobs. Fashion is one of the largest industries in the city, producing 887 million dollars in economic activity. Approximately 180,000 people are employed in the fashion industry in primarily good middle class jobs. Impeccable style not only epitomizes New York, it puts New Yorkers to work,” Maloney also said in her press release.

Maloney’s report also found that due to the “reshoring” of jobs economic growth is not only being seen in fashion hubs like New York and Los Angeles, but even in places like North Carolina, Tennessee, and Ohio where manufacturing jobs are slowly returning. With the eternal talk of how difficult it is to make it as a fashion designer, Maloney’s report also gave plenty of aspiring designers hope as well. The number of people working as fashion designers has grown by more than 50 percent in the last ten years, with the average salary for a designer being 73,600 dollars. Comparatively speaking, the average salary in the U.S. is slightly above 50,000 dollars.

While fashion and politics are seen as oil and water by many, Maloney hopes that this report and her efforts on the Apparel Manufacturing and Business Caucus will change that. “I hope this new report helps reawaken lawmakers and policy makers to understand and appreciate the huge financial impact of the fashion industry,” Maloney said in a press conference with Women’s Wear Daily. Fashion has always been a force to be reckoned with, and it’s a force that is proving to do wonders for New York and the United State’s economy.
nyfw carolyn maloney economy