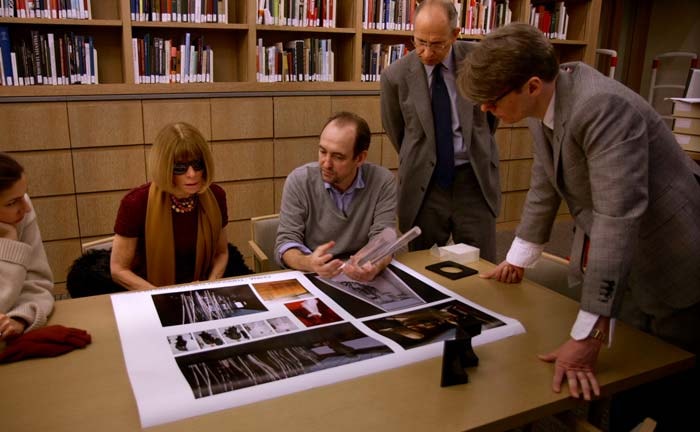 The First Monday in May: The machine behind The Met Gala

It's the Super Bowl of fashion, an event so exclusive no more than 600 people get an invitation, and a night where every detail is mulled over down to the dimensions of the napkins. The Met Gala is one of the most holy nights on the fashion calendar. Those in the fashion industry view it the way some people view Easter Sunday. Every year, on the first Monday in May, A-list stars and the fashion elite come together for one night to raise money for The Costume Institute, essentially funding the entire Costume Institute for the year.

Director Andrew Rossi managed to capture the drama, elegance, meticulous details, stress, sweat, and blood that all go into this incredibly glamorous event on film, with the film "The First Monday in May" debuting at the Tribeca Film Festival this week.

Rossi had both a difficult and delicate challenge in creating this film. The first was capturing the true power of The Metropolitan Museum of Art and its Costume Institute without getting overshadowed by the celebrity, the second was finding that level of intimacy with the real star of the film, Vogue's Anna Wintour herself. With meticulous detail and editing, Rossi managed to pull off both of these feats.

The film opens facing one of the greatest challenges that fashion has dealt with for years, is fashion really art? Former curator Harold Koda and current curator Andrew Bolton discuss how costumes and fashion weren't always seen as art, but defend it as such because of the practices and processes that go into fashion and costume being similar to the techniques and work that go into any other form of art like painting. 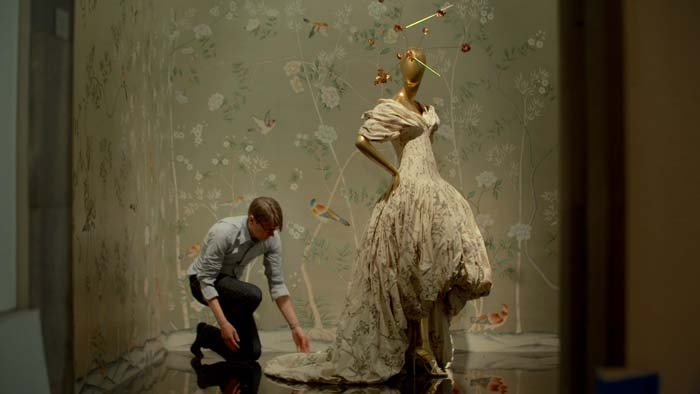 Rossi then hits us with a beautiful blast from the past as a brief homage is paid to the legendary but never forgotten Alexander McQueen. McQueen is described as a revolutionary for getting fashion to be recognized as art with his daring and unconventional designs that pushed the boundaries of what we knew fashion to be. While Bolton reminds us that a lot of fashion is purely commercial, there is so much artistry in fashion, especially couture.

The particular exhibit focused on throughout this film was last year's record breaking "China Through the Looking Glass" exhibit, which was the fifth most attended exhibit in The Met's history.

The First Monday in May highlights the efforts Andrew Bolton, Anna Wintour, and Sylvana Ward Durrett put towards making The Met Gala happen

For Bolton, the China exhibit helped relieve what he felt had long been a weight around his neck, because everything he has done has been compared to Alexander McQueen's "Savage Beauty" exhibit. By finally doing something that broke that exhibit's attendance record, it was almost as if he was allowed to breathe again. "China Through the Looking Glass" is the largest exhibit that the museum has ever done, so he certainly labored for the right to finally have the weight of McQueen lifted off of his shoulders.

The First Monday in May also gave us insight to the power broker position of iconic Vogue editor-in-chief Anna Wintour. While the editor has built up a reputation for being tough after holding the most powerful position in fashion for 24 years, we see her no-nonsense and meticulous approach to things. Throughout the course of the film, Wintour mull's over everything from the guest list to the napkins.

The film even gives us insight to Wintour's life, power, and prestige at Vogue magazine. In one scene, we see her demanding things be her way or the highway when Conde Nast moves their offices to 1 World Trade Center. More notably, her influence comes into play when Vogue's director of special projects Sylvana Ward Durrett calls her to talk down the price of Rihanna attending The Met Gala.

Wintour is briefly compared to her Devil Wears Prada counterpart Miranda Priestly when we see her questioned about the book in an interview she has. The editor defends herself by saying that the book and movie made fashion important, which in her eyes is a good thing. 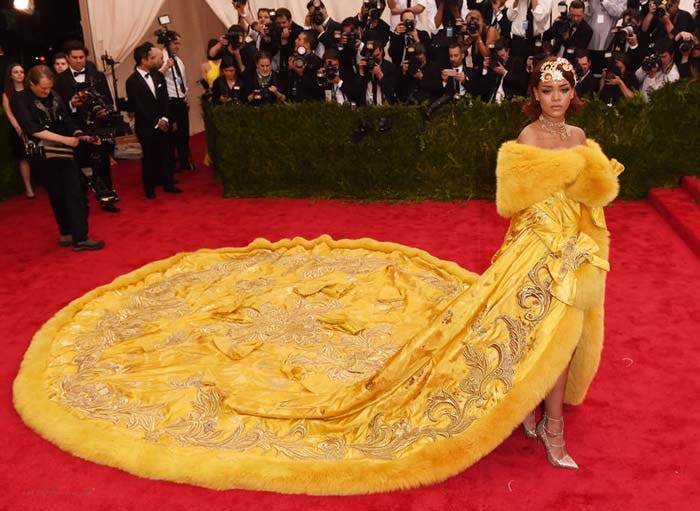 Controversies surrounding the exhibit are highlighted when we see Wintour and Bolton go to Beijing to promote it. There was some concern over if the exhibit would feel like the West is hijacking Chinese culture and if anything would border on racism. Director Wong Kar Wai was on hand to help the team ensure that nothing in the exhibit would border on racism or cultural appropriation, offering an eye of diversity to ensure a politically correct exhibit. In an interview Wintour and Bolton give when they are in China, they seem to be on the offensive, Wintour especially who constructs the most politically correct and astute answers as to avoid a PR nightmare.

She's a woman who has learned how to play politics, be an industry power broker, and wield her influence when necessary. Despite the criticisms of her, there is a moment in the film that points out that we'd be less likely to question her personality traits if she were a man. When was the last time anyone questioned a man's power or influence when he's been at the top of his field?

When you are faced with the most intense pressures of running the most influential fashion publication in the world, as well as trying to mount the most important event The Met hosts all year, it takes a tough persona. Bolton himself proves equally as formidable in the film as the closer they arrive to the show date, the more pressure is placed on him to have the exhibit completed.

The curator is left with two days to mount the whole exhibit, at which point all the mannequins aren't even dressed. With two virtually sleepless nights under their belt, The Met team manages to pull off a beautiful exhibit, just in time for arrival of the A-list guests on the red carpet.

In the end, they manage to pull off a spectacular event and raise 12.5 million dollars for The Met.

While the film showcases the intense work everyone at Vogue and The Metropolitan Museum of Art go through to make this one spectacular night work, the titled could have easily been changed to the Andrew Bolton and Anna Wintour show, featuring Sylvana Ward Durrett. The trio make up the key components of the machine that makes The Met Gala function, and this film brought their handwork to light.

While it might be all designer dresses and paparazzi on the outside, on the inside this is a machine that takes a lot of construction, fine tuning, and adjusting. It gave us a greater appreciation for arguably the most major night on the fashion calendar, and a refreshing take on the intricacies of art and fashion.