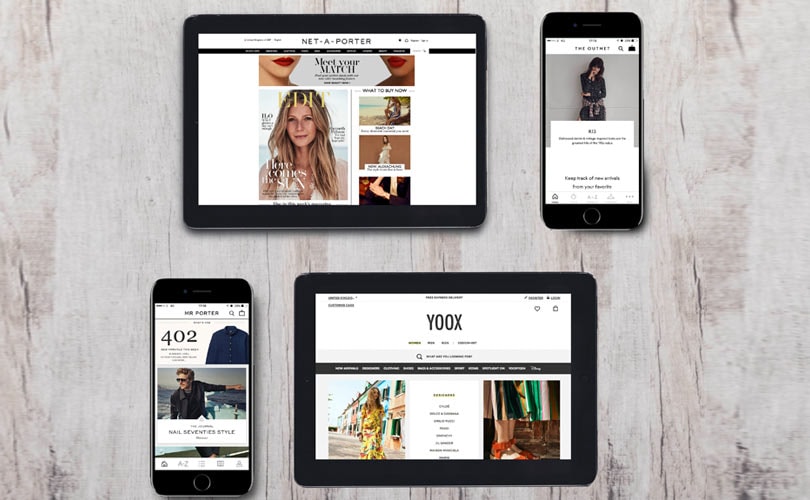 London - The luxury fur trade industry was delivered a heavy blow today as one of the world’s leading online luxury fashion retail companies - Yoox Net-a-Porter Group - announced it was 100 percent fur-free. This move sees Group banning all items and products made from real animal fur from its multi-brand online stores: Net-a-Porter, Mr Porter, Yoox and The Outnet in adherence to the International Fur Free Retailer Program.

YNAP fur-free policy, which was outlined in the company’s Sustainability Report 2016, is part of the Group’s ongoing commitment to managing environmental impact responsibly and is the result of its long-standing relationship with The Humane Society of the United States (HSUS), Humane Society International (HSI) and Lega Anti Vivisezione (LAV). “At a Group level, we have been phasing out completely selling fur products on our multi-brand online stores since last year: we stopped buying fur items and ensured all processes were in place, from procurement to careful quality control. Today, YNAP has officially announced its fur free policy,” said a YNAP spokesperson to FashionUnited. 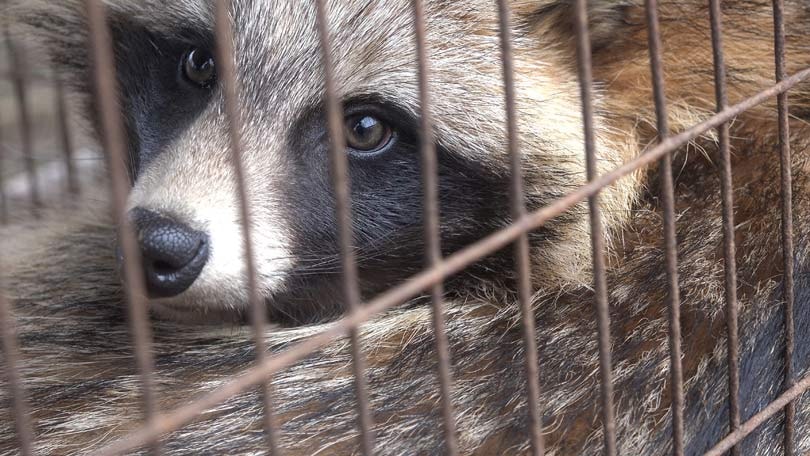 In order to help bring around industry-wide change, YNAP has joined the International Fur Free Retailer Program, which is supported by the Fur Free Alliance, an international coalition of leading animal and environmental protection organizations across the globe. By going fur-free, YNAP has committed to ensuring its multi-brand online stores' commercial policies are in-line with animal rights, as the Group aims to continue working closely alongside HSUS, HSI and LAV, as well as other leading animal and environmental protection organizations to ensure it is up to date on both fur and ethical sourcing.

"When speaking with industry experts, we see evidence that there has been a tipping point recently in awareness of sustainability issues within the luxury industry. We are committed to this new policy and will continue to educate ourselves, and share knowledge with our partners and suppliers about the ethical sourcing of all animal products,” added the YNAP spokesperson. “We hope our commitment to Ethical Procurement will set an example, and with plans to develop a range of initiatives, partnerships, and innovations, our goal is to act as an industry-wide catalyst for change." 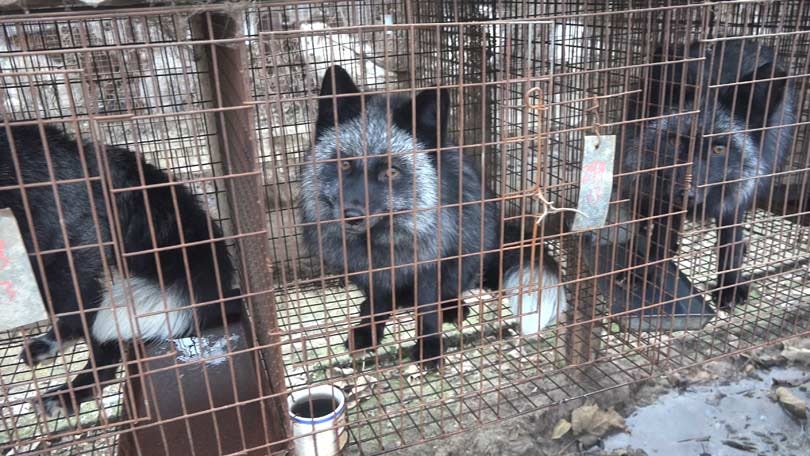 The decision to stop selling real animal fur products has been linked to both YNAP sustainability goals, as well as its ongoing relationship with animal rights organizations, as the Group hopes to lead the way for a change within the industry. “The Group started its journey towards creating a sustainable future back in 2009 with the launch of Yooxygen, the pioneering Yoox’s destination for social and environmentally responsible brands,” said Matteo James Moroni, Head of Sustainability at YNAP in a statement. “Since then we have made great steps. Yet there is still much more to do and we remain more focused than ever on our commitment to create a sustainable future. We have a strong sense of responsibility and recognize the importance of making a positive contribution to society."

“Our fur free commitment announced today was inspired by a thorough and rigorous educational process with the HSUS and LAV regarding the protection of animal rights,” added Moroni. The fur-free policy sees YNAP Group join a growing number of premium and luxury retailers shifting away from the use and sale of real animal fur for environmental, as well as ethical reasons. “Yoox Net-a-Porter’s commitment is a significant milestone that should stand as a leading example to the fashion world,” commented Simone Pavesi, manager of animal-free fashion for LAV. “It is a tangible signal that the clothing industry can be more sustainable and ethical, without necessarily resorting to the use of animal products.” 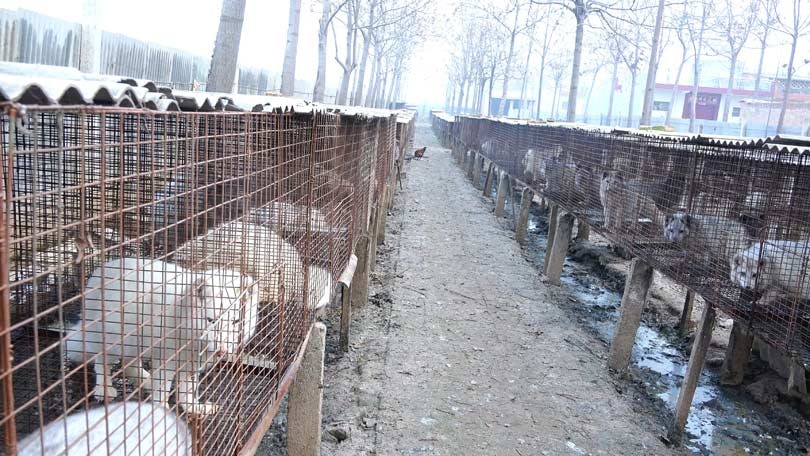 YNAP Group’s decision to implement a fur-free policy comes as the demand for fur in the fashion and interior industries continues to grow. Over 75 million mink pelts and 15.25 million fox pelts were produced on farms globally in 2016, according to the International Fur Federation (IFF). The global fur trade is currently valued at over 30 billion USD, which includes all stages of the industry from farming, to processing and retail. “These figures show that despite a difficult market in Russia and China, fur remains one of the most successful luxury trades in the globe, with these new figures showing an output of over 110 million raw furs in 2016,” said Mark Oaten, CEO of IFF.

However despite this boost in real fur production public polls from the RSPCA indicate that the majority of consumers in the UK, the Netherlands, Sweden, Germany, Belgium, and Italy are opposed to the breeding and killing of animals for fur. Foxes, minks, rabbits, and raccoon dogs, which are commonly viewed as crops, are raised in mass-fur farms across Eastern Europe and Asia, confined in small cages for the majority of their short lives before being gassed, anally electrocuted, or beat to death for their fur. Other animals, including coyotes, are trapped in the wild using cruel methods, such as inhumane metal traps which are known to cut off caught limbs. 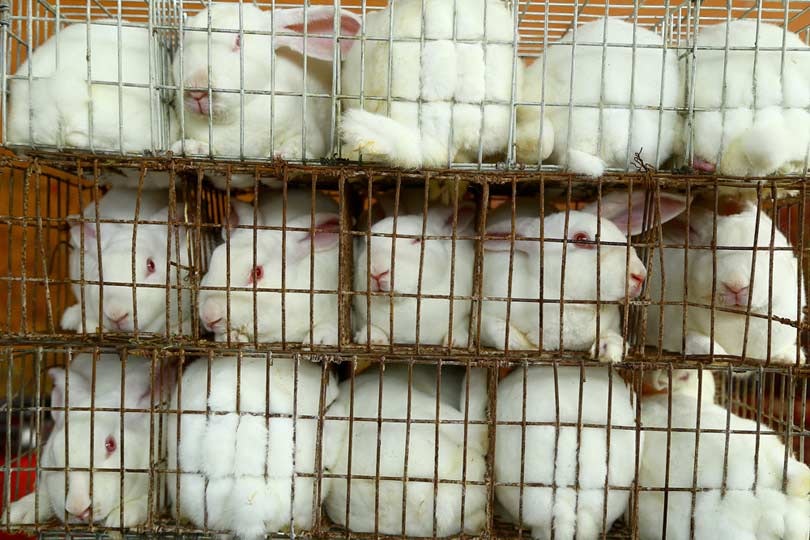 YNAP no fur policy sends strong message to the industry

On the other hand, some argue that real fur is more environmentally friendly than its faux counterpart as it is usually made from non-renewable petroleum-based products, such as nylon, acrylic, and polyester, industrial processes which according to the IFF use three times as much energy as real fur. But considering acrylic only represents 10 percent of the total garment production and faux fur overall even less, the argument falls flat. In addition, the manufacturing of real fur using a number of chemicals such as ammonia, chromium, and formaldehyde, in addition to the resources needed to breed millions of animals in captivity, which makes real fur just as bad for the environment as its faux counterpart.

“Yoox Net-a-Porter’s fur-free policy is a huge victory for those who oppose the cruel treatment of animals on fur farms,” said Claire Bass, executive director of HSI UK to FashionUnited. “YNAP is one of the world’s leading online retailers for high fashion so this decision is sending an extremely strong message to the dwindling number of top designers that use animal furs, such as Prada, Burberry, Gucci and Michael Kors. This is a huge retail door slamming in the face of the fur industry, reflecting the growing consumer belief that cruelty has no place in fashion and strengthening the business case for investment in fake fur alternatives.”

"YNAP’s fur-free policy will undoubtedly act as a catalyst for more companies to opt for animal-friendly alternatives, and as they do so the quality of faux fur materials will keep improving and designers using animal fur will look ever more outdated and isolated. We expect to see many more luxury designers and retailers joining HSI's fur-free list in the near future."

Photos: Courtesy of YNAP and HSI