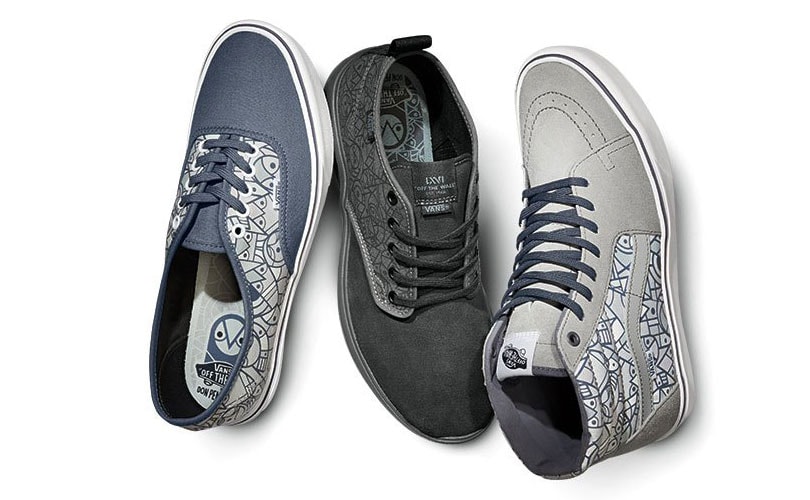 It's slowly becoming no secret that Vans loves their collaborations. They recently announced their collaboration with Takashi Murakami who is known for his original and creative Louis Vuitton bags. While Murakami will be bringing an original look to Vans, the brand also sought out someone to celebrate the classic style of Vans while still adding his own flair.

Ohio-based graphic artist Don Pendleton gave the Classic Lite silhouette a makeover creating three different styles for a capsule collection. Each of the designs are featured on the Sk8-Hi Lite, Authentic Lite, and Iso 2 Mid, and bare Pendleton's signature designs. The Vans LXVI Don Pendleton styles are already available online and retail between 55 dollars and 80 dollars.

Vans is certainly becoming very famous for their collaborations. Just days ago they announced their collaboration with surfer Nathan Fletcher. Where they originally began as skate shoes that became wildly popular thanks to a song by The Pack, they have certainly solidified their place in the fashion industry. They are now a staple in almost everyone's wardrobe, not just a shoe for the skater crowd.