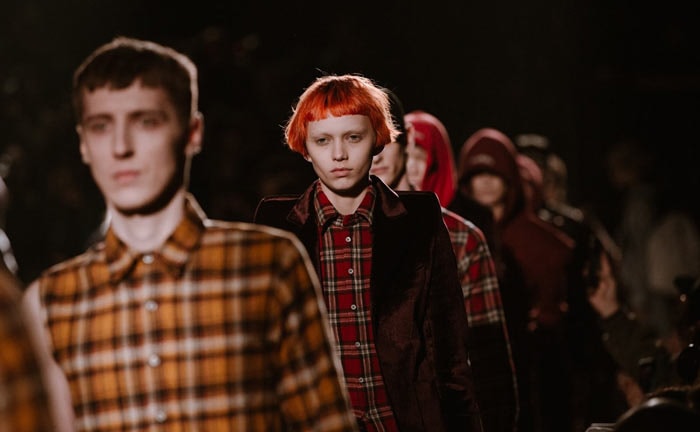 London - If the buzzword in fashion is 'new' then Thursday's catwalk show from hot label Vetements was spot on and on everyone's lips.

Vetements has quickly gardened itself a major slot during Paris fashion week, and has become a significant brand on every editor's calendar since its lead designer was appointed Creative Director at Balenciaga. Demna Gvasalia, one of the Vetements design collective, will show his first collection for Balenciaga this weekend, and the fashion world is highly anticipating his debut.

So what about Vetements? Gvasalia and his co-designers showed yesterday the label’s uncompromising approach to fashion that may be not be everyone's cup of tea if you’re coming from a purely commercial perspective. By this we mean exaggerated hunchback shoulders, tattoo legging boots and an oversize silhouette that could drown a mere mortal.

Not all looks challenged silhouette and convention

But it wasn't all about challenging silhouette and convention. While the critics often fight shy of committing themselves to loving or hating this label, the talk in the audience was that there was more of a commercial edge for autumn/winter 2016 to justify taking it seriously.

Once the product is shipped to stores and made available to consumers, it is likely the cuts and silhouettes will be less severe and modified for sales. In that sense the critics agreed there were enough pieces with commercial appeal to keep its buzz going.