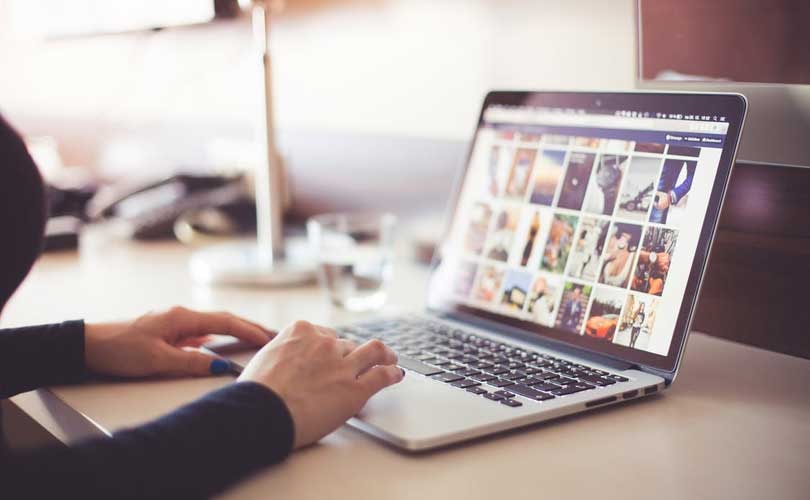 In this case, the industry in question would obviously be fashion. Back in the days of New York Fashion Week at the tents at Bryant Park, editors could be heard asking “What’s a blogger?” Those were the days when seating at Fashion Week was much more limited and strictly industry personnel. Front rows were dominated by Condé Nast and Hearst editors, and a few A-list celebrities sprinkled in.

How much longer will social media culture prevail at New York Fashion Week?

Looking at the seats of Fashion Week today, however, the types of attendees have changed. While there is still a considerable amount of traditional industry personnel, most of the seats are dominated by social media influencers. These Instagram-sensation youths boast social media followings of in the four, five, and six figures. Some, like Aimee Song of Song of Style, boast followings well into the millions.

Social media influencers are expected to help bring in a certain amount of audience and also lead to sales for clothes. Like all things business, this year it has been questioned if the social media bubble will burst soon.

In a recent report released by the Council of Fashion Designers of America, it was revealed that Tom Ford generates an average of 800 percent more online impact during Fashion Week than any other time of the year. This is in part due to social media influencers, such as Gigi Hadid, who walked his show. While traditional media still remains the most important source of coverage for runway shows, social media has still helped brand’s Media Impact Value.

It can be argued that New York has sold out to the social media crowd, but if they are the ones helping sell the clothes, then you do what you have to do to see your return on investment. The cost of runway shows can be extraordinary, sometimes costing up to 1 million dollars between venues, production and paying models. If social media influencers can help recoup that investment sooner rather than later, of course they will continue to fill the seats of Fashion Week.

While this generation of Instagram influencers has grown to rule at New York Fashion Week, there’s the question of what’s next once they’ve served their time. Vincent Lane, editor-in-chief of the Garnette Report, says “[influencer culture] will change definitely, but a new wave will come.”

He’s not the only one who shares this sentiment. At the end of December, Fashionista posted an article titled “17 Fashion Influencers to Watch in 2018”, naming the new crop of “it’ kids, which included Gigi and Bella Hadid’s brother Anwar Hadid, Estee Lauder’s beauty director Violette and Proenza Schouler and Céline model Selena Forrest. The next generation is already receiving their crowns and being ushered onto their thrones.

Even notable fashion designers realize that these Instagram kids have staying power, as long as they take cues from the previous generation. “They can last a long time if they educate themselves on who comes before them,” says fashion designer Stevie Boi. “If they don’t, they will be ended by the greats.”

Stevie Boi, who boasts an Instagram following of over 71,000, also considers social media important to his business like most designers nowadays. When asked how essential he thinks social media is to being a fashion designer nowadays, he said, “It’s important [because] interacting with your supporters is important and will keep you grounded.” Before clothes even hit the stores, designers can tell what will do well based upon social media reaction.

Lane and Stevie Boi’s sentiments about a next generation coming along were also echoed by the influencers themselves. Joseph Knoop, who boasts a Pinterest following of over 3,400,000, says, “Influencers are here to stay, but like anything else the faces and names will change.” He added that, “If you think about it, influencers have been around for ages. Celebrities, athletes and rock stars have been the influencers of the past. We are the new rock stars, we are the new celebrities. People relate to us on a deeper level.”

Influencers are considered even better marketing faces than celebrities because they are seen as real people. According to Mediakix, advantages of social media marketing include the ability to target specific online audiences and influencers have a different kind of relationship with their followers. While influencer marketing is still a young industry that is still being optimized, it is clear that the social media era isn’t going anywhere anytime soon. The bubble has more expanding to do before it will burst, so we can expect more and more influencers at New York Fashion Week.