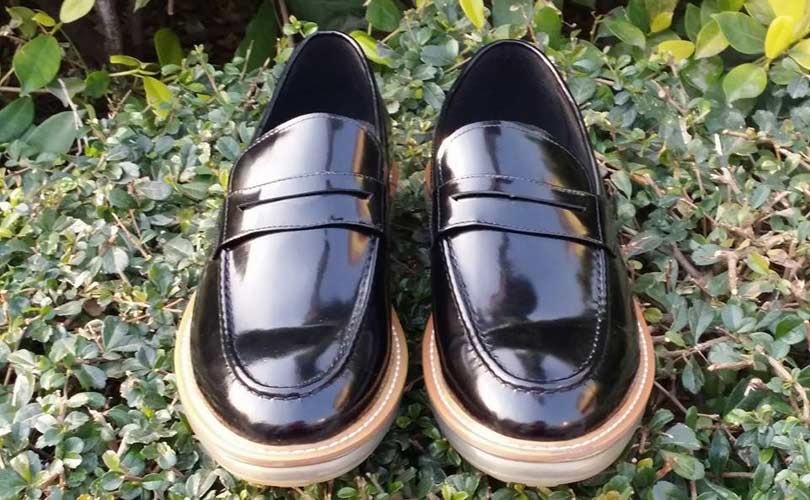 YNOT to 'level the playing field' in the footwear industry

"We are disrupting the business of footwear worldwide and I am the creative director who is getting men laid," said John Leith, founder, CEO and creative director of YNOT with a laugh to FashionUnited. "I'll give you a lot of one liners because that is part of the message. I am not just selling a pair of shoes, I am selling what comes with that. That experience of putting on a pair of YNOT shoes, which is like going Wow!"

For a long time, Leith, entrepreneur and soon-to-be graduate from SLEM's footwear innovation Master program, has been asking why men cannot feel the same power, that same allure that women feel when they put on a pair of high heels. "The footwear industry is the most sexiest industry in the world. I am just looking to level the playing field by offering a completely different perspective for men." Enter YNOT, the unapologetic, luxury footwear brand which increases men's height up to 10 centimeters, but still ticks off all the boxes when it comes to style and comfort, developed for "bold, masculine, confident men who can say YNOT."

Being a confident business man, with not much interest in the fashion industry, the source of inspiration for YNOT was quite surprising to hear. "Long story short, I came up with the concept when watching 'Matchmaking Millionaire' after one of the guys on the show who was just beautiful, just gorgeous caught my interest," revealed Leith. "This guy was a bit shorter than the other contestants but I was shocked when the host asked the girls on the show what they wanted in a man, and the first thing they said was they didn't want a short guy! Which I thought was a shame since the shorter guy was the best of the lot, he was simply gorgeous." 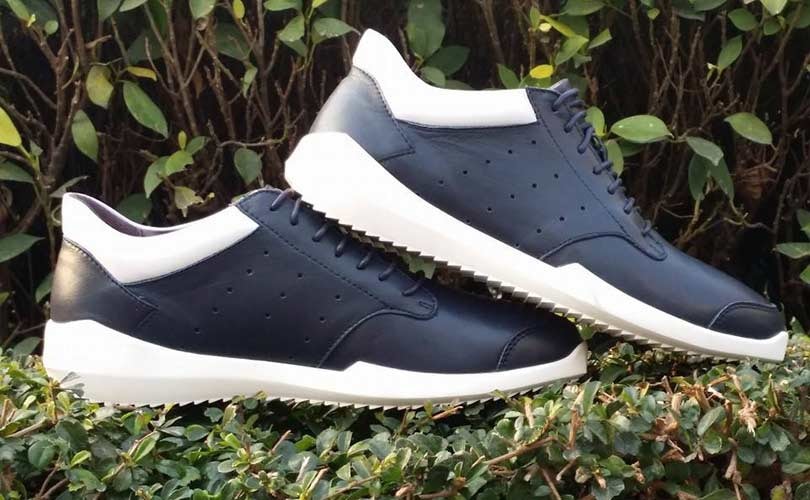 "So I did some research, I was invested in getting that the guy, who left the show after he heard the girls did not want a short guy and had an 'Aha' moment, where I thought if I create a product that solves that problem then surely it will sell if that’s really what women think - mind you I have a business background and not a fashion background." After conducting intensive market research, which included scooping out the market for height adding footwear and testing several different types of shoes, which he thought existed on a "hidden type of market, quite embarrassing, like the wig of yesterday you would not tell anybody about," Leith figured he could develop a luxury product with the right technologies inside the shoe for added lift and market it in a way so it looks "it bold, sexy and masculine." 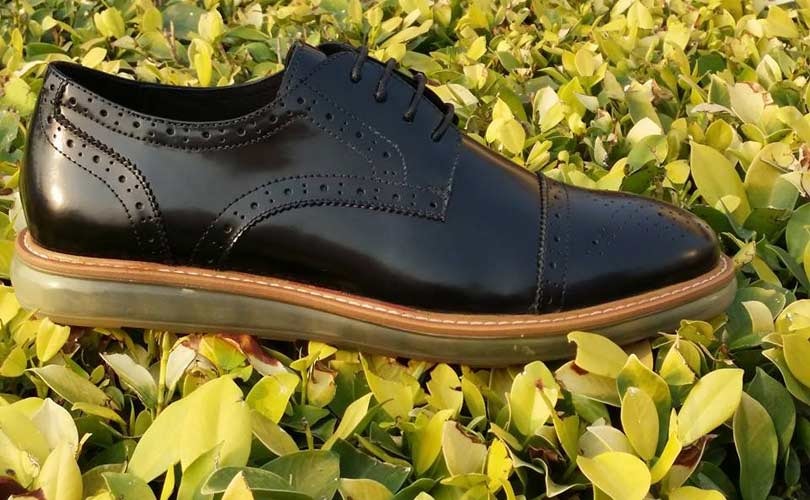 'I am on the men’s corner, here to get them laid'

At first, market research to his idea was not very positive - 70 percent of men questioned said that they would not wear height enhancing shoes because it negatively affected their manhood. "So I said well, hold on, go back to them again and ask them if they would wear this product and they got laid, would they wear it?" This time 96 percent of the men asked said they would wear the product, no problem. "So what men needed is not the height increase necessarily, but permission to be positioned in a way that is masculine, they want to be able to say well, why not? Hence the name YNOT." In order to get an aerial view on the footwear business he enrolled at SLEM, the international education institute for footwear for a master's in footwear innovation. "I thought it was a good way to get that knowledge, especially in footwear innovation, because that is what I am about to do," he added.

Launching next February at London Fashion Week and all subsequent Fashion Weeks, the starting price for a pair of simple shoes from YNOT is 395 dollars, although they can cost as much as 6,000 dollars a pair, sitting firmly in the luxury end of the market assures Leith. "Of course they are not cheap by any stretch of the imagination, but they are not too far off the market either that they are completely out of reach for most consumers." The shoes, which will be available in a number of styles and colors, including sneakers, formal, casual and business-casual were also developed around the concept of sustainability and longevity, something Leith takes to heart. 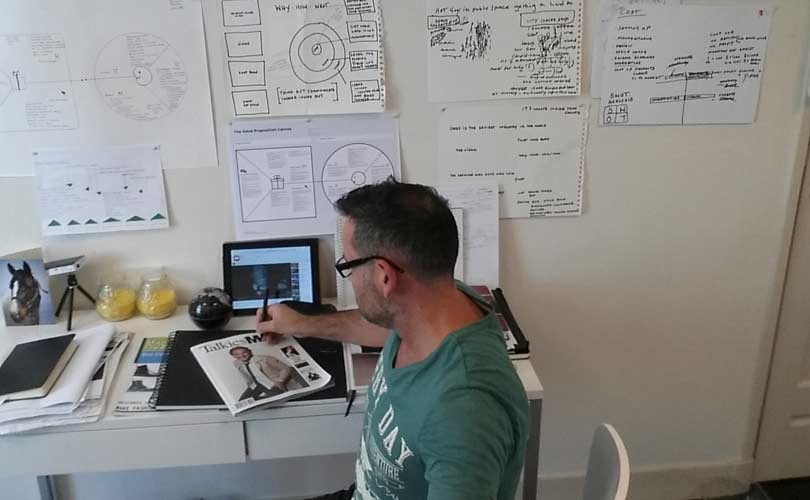 "I often say I’m multi-millionaire and I can’t afford to buy fast-fashion, I worked that out a long time ago. I am interested in the longevity of a product, where it was made and how it was made. If it was cheaply made or badly made, then I can’t do it because I feel bad for those working in the supply chain. I actually worked out it would cost me 1,200 dollars a year to buy cheap shoes because I would need 4 pairs that would have to be replaced every 3 months. Where as if I buy a really good quality pair of shoes, they will last me 8 years and then I can get them resoled for for another 2 years, so its a decade I get out of them, instead of a year. That’s a more sound investment to me as a business man."

Therefore, YNOT shoes are made to last a decade, crafted from vegetable tan leather in a factory in Italy and come with a hundred percent guarantee. The shoes will never go on sale or be discounted, as Leith do not believe in sales when it comes to luxury, quality products. "There are no hug margins being made because everything is being done first-class and the experience will be first-class, You either want that or you don’t. Otherwise then you are better off going to Zara because they can do it for free practical." The YNOT experience first begins with the unboxing of the shoes, which Leith likens to the opening of an iPad or iPhone, with the added bonus that the box is eco-friendly, chic and comes with a care kit complete with a silver brush, a silver buffer and polish.

'YNOT: It’s for guys that have balls you know?'

The first collection of YNOT shoes, which includes the Oscars line that will be sent to all of the male Oscar attendees next year, will be available for purchase internationally online following the launch during LFW. "Selling the shoes online is the first strategy, but at the moment there are a few retailers who are keen to get the product in store," hinted Leith. "But we will have an online presence in February and there is a website where people can go to for a behind the scenes access, where they will be the first to see the teaser campaign which will kick off just before the launch. The site is by invitation only at this stage and there is a pre-order list which will be set up around December, but I already have a waiting list of 406 people but they won't get the product until the official launch." 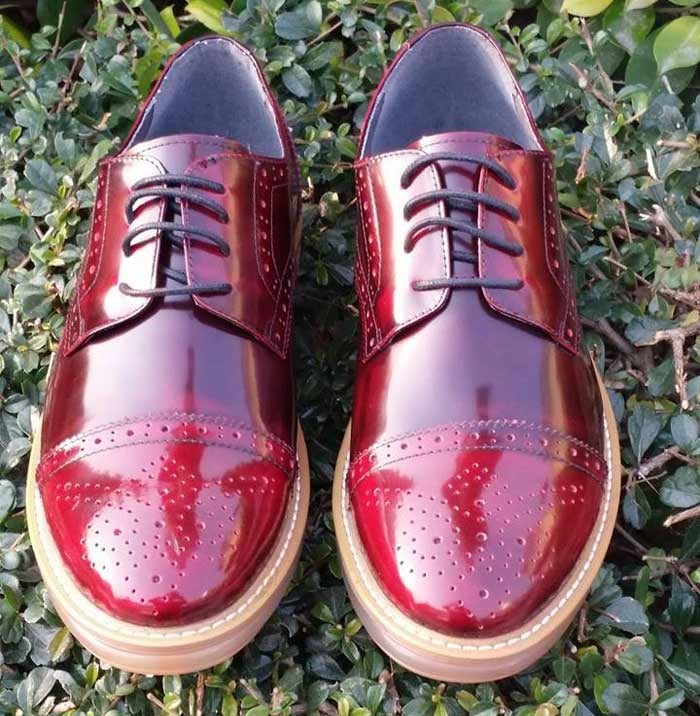 The only aspect Leith remains silent on is the technology behind his footwear. "I am open about the technology that goes into the shoes but at this moment I can't say much about it because it is being patented," he explained. "I'm not going to let people know my secret just yet because as soon as this comes out Prada, Louboutin, Dior, everybody who is anybody will be onto it, because they are our competitors. So I need to make sure I have patented it in the first instance."

Leith himself, is very confident his stylish shoes will catch on quickly enough amongst both women and men. "I want to change the way men and women think about footwear worldwide. Even if the shoes are only for men. Although I can see a lot of women buying a pair for their boyfriends or husbands, so they can wear high heels and not tower over them. They are gonna be the biggest advocates I think of the shoes because they want to give the same feeling to their partners."