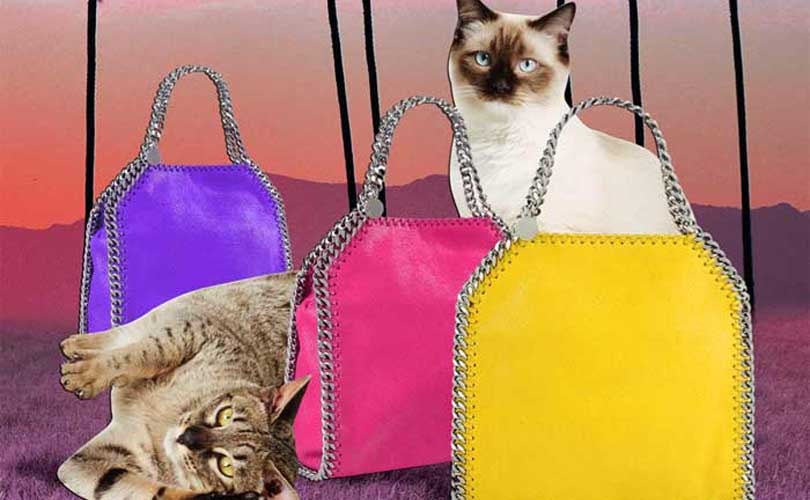 When you think of PETA (People for the Ethical Treatment of Animals), fashion is usually not the first thing that comes to mind. However, over the past years their influence within the fashion industry and its use of leather, wool, angora, fur and down has continued to grow - in part thanks to the work of Yvonne Taylor, Senior Manager of Corporate Projects UK. Her role revolves around ensuring the dialogue between the animal rights group and fashion companies continues, providing guidance for brands who are keen to improve their animal welfare policies and encouraging them to use conscious, innovative alternatives to animal derived materials. FashionUnited took a moment to talk to Taylor about her role, her interests in animals and fashion and what makes her tick. 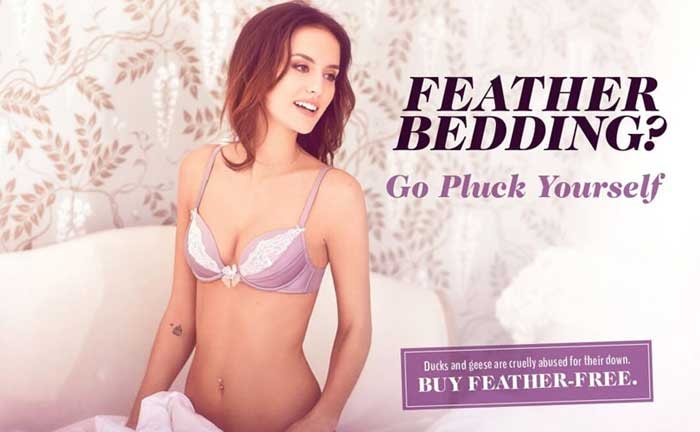 When did you first become aware of PETA? What drew you to PETA?

“I did a degree in publishing - but I remember after my last exam I found myself thinking ‘what on earth I am going to do?’ My heart was just not in the field, I had always cared about animals. So I turned to the Yellow Pages to see what came first for animal care and ended up volunteering at a local animal charity in Edinburgh. They had a large selection of magazines from different animal groups and charities and one of them was from an America group I never heard of - PETA. I looked through a stack of their magazines which turned out to be such an eye opener. I learned all about the animal cruelty behind the dairy industry, about the fur and leather industries and I literally went vegan overnight.” 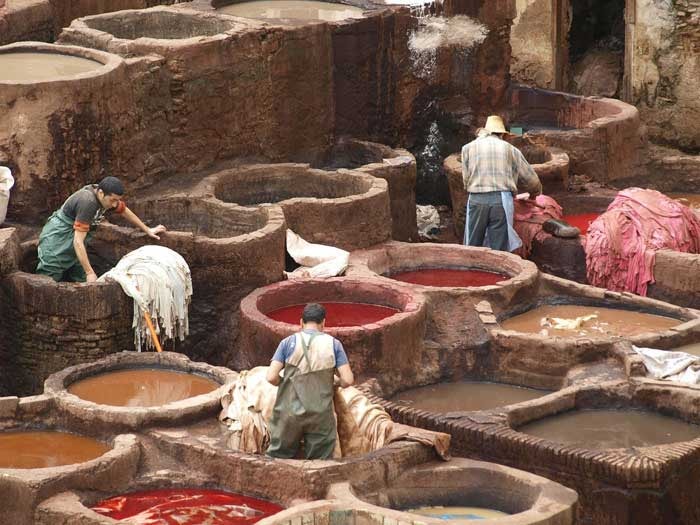 “PETA was so different from any other group that I was aware of at the time. I had encountered a few people who were vegan - who didn’t drink milk or eat meat or wear leather - and it all seemed very bizarre to me. But there was something about the PETA magazines that really appealed to me. They were so positive and educational at the same time and why people went vegan suddenly made sense. I learnt about the wool industry, dairy industry - all these things that despite being someone who cared deeplyabout animals, I had never given a second thought to. It was a complete revelation for me.” 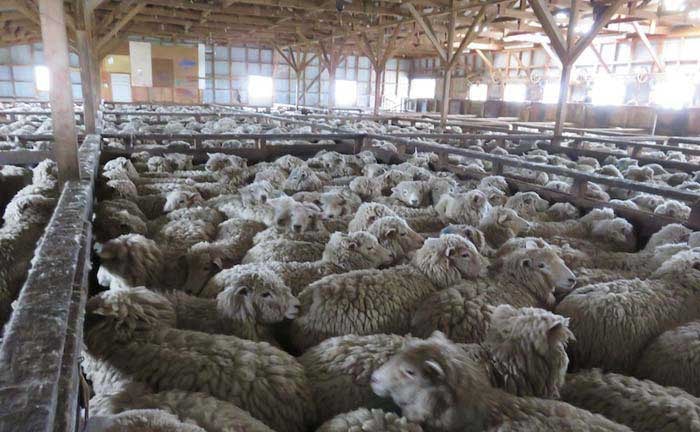 How did you end up in your current role at PETA?

“I was working for a different UK animal charity for several years, but I was still doing things for PETA on the side. I remember one day that the charity’s then director said to me ‘Why are you working for us?’ as I was always busy with PETA things - that was about 11 years ago now and I made the switch and have been working with them ever since.”

“I started out as a campaigner, when you work across all of our borders as we at PETA believe animals are not ours to eat, wear, test on or use for entertainment. But my current role was something that happened gradually. I have always been interested in fashion - I love clothes and accessories and that has not changed over the years. I think my bosses noticed that I was always looking out for up and coming designers who did not use fur, or retailers with vegan items. It was an area I was particularly interested in and became my main focus. It has been a few years since I moved into this role, but for me it’s such exciting times now. ” 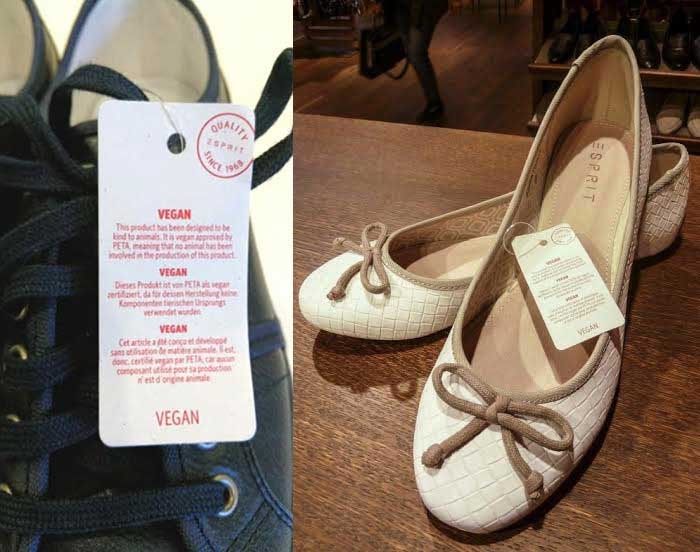 What is a success story you can share with us of a fashion brand taking on vegan practices?

“Esprit first vegan collection. Like so many retailers at the time, they were a bit wary of introducing a vegan collection at first. The first collection was just a small, vegan range of only twelve pairs of sneakers. Each pair had little hand-tags on with the PETA approved vegan logo on it and a story explaining the shoes were vegan. Obviously Esprit is not a vegan company, they sell leather as well, so they wanted to launch the collection quietly to see how their customers would respond to it.”

“However, seeing as it was one of the first partnerships between a brand and PETA the collection received a lot of news coverage, the shoes where in the Times and Vogue, so two days after the launch Esprit was inundated with requests for the shoes. Within three days Esprit went from wanting to launch the collection quietly to sending out press releases and revamping their website to include a landing page for the collection which read ‘We love vegan’. Later on they followed up that collection by launching an ever bigger collection of vegan shoes. And now Esprit always includes its vegan footwear under its dedicated section, to make it easier for consumers in search of animal-cruelty free footwear. That fact that Esprit still has that section up is great for both consumers looking for them and them as a company, it’s fantastic.” 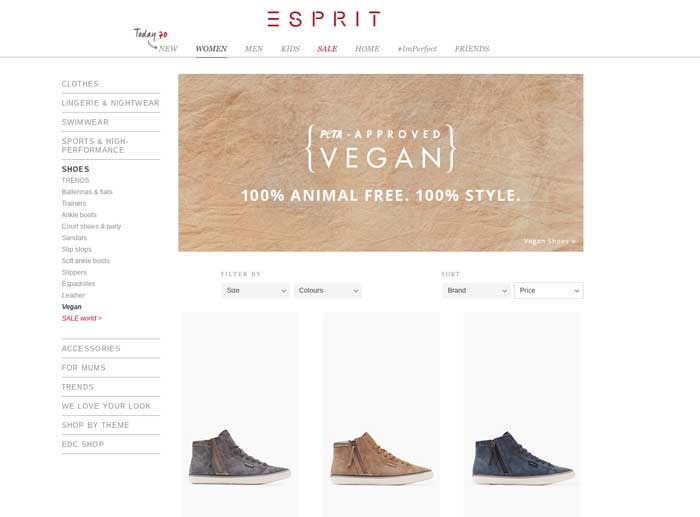 What are your thoughts on the current state of animals welfare in the fashion industry?

“It’s such exciting times. Although when talking about the fashion industry it is hard to take into account the scale of how animals are used and abused for fashion, seeing the power of consumers and investigations and campaigns impact on the public is great. The public do care when they find out how their leather jacket was produced. The public are not cruel, it’s just that they have not necessarily thought about these issues before. Now we are seeing increasingly a generation of people who look at an item and asked where and what it is made of. They are looking at the labels and asking questions. Retailers and designers are also becoming increasingly aware of that and some of them are making changes. More and more are utilizing amazing animal-free fabrics.”

“But then you have others who try to defend their use of animal-derived fabrics by trying to implement more policies, which may be performing more checks or ask suppliers to sign agreements. So a lot of our work is to shine a spotlight on that. One of the reasons PETA has to resort to investigations is because it’s the only way to show the public and the fashion industry what’s really happening to the animals. It’s something suppliers would never allow the public to see. I think that producing any animal-derived fabric at the scale needed to reach commercial success is never going to provide animals with anything close to the type of lives they need.” 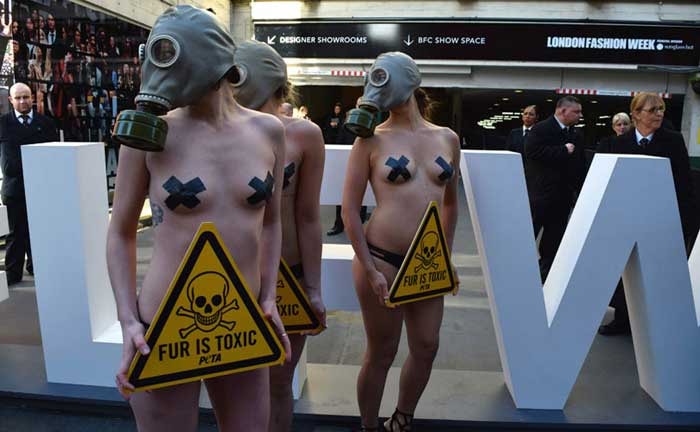 “It’s impossible for companies to conduct audits across the global supply chain with the frequency and thoroughness required to ensure that foxes, cows, geese, rabbits and other animals are not being mistreated for their products. Companies can try to reduce harm, but there is no way to eliminate it so long as animal-derived fabrics are used. It makes no logical sense in 2016 for anyone to use animal-derived fabrics when they have alternative materials that are superior.”

As someone who cares for animals deeply, do you find your job challenging?

“Obviously if you care for animals passionately and you hate cruelty towards them then the types of investigations we do, the scale of animal suffering, particularly within the fashion industry, can be difficult to deal with. But at the same time it can also be hugely positive as well. Look at the success of our Angora campaign for example. When you start to realise the impact your work has and how it directly spares the lives of so many animals from a lifetime of horrific suffering, it just spurs you on to do more. I just wish that I did not have the need to sleep, because then I could get more work done.” 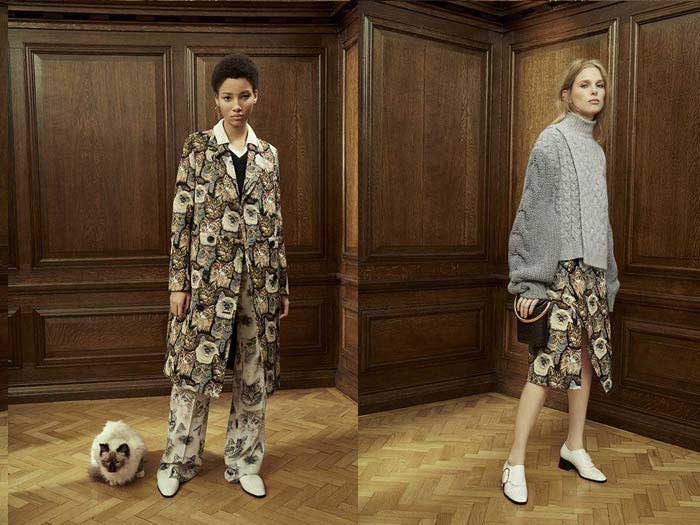 Why is this job so important to you?

“Because it helps animals - that pretty much sums it up. Although I have been campaigning to help animals for sure a long time, I can still be shocked by some of our investigations, such as the angora one. Four years ago I started seeing so much of it in all the shops - it was everywhere and I was looking into its production. I was aware that angora came from rabbits, I knew how they stretched the rabbits out and tied them down to gather their fur, either by clipping them or live plucking, but there was not much else information to be found. PETA Asia carried out an investigation into angora production in China and the footage is just unbelievable. Sometimes I think that there is nothing left that can shock me anymore, but just watching the footage of the rabbit screaming while having their fur ripped out and knowing it happens to them repeatedly over a period of years before having their throats cut absolutely stunned me.”

“However, as a result of that footage the public were not only outraged at the live-plucking of rabbits, but also the clipping of their fur, something retailers previously had compared to the rabbits getting a haircut. The public just said - no that’s it, and as a result we have one hundred plus retailers and designers which have banned angora from their collections, which is wonderful.” 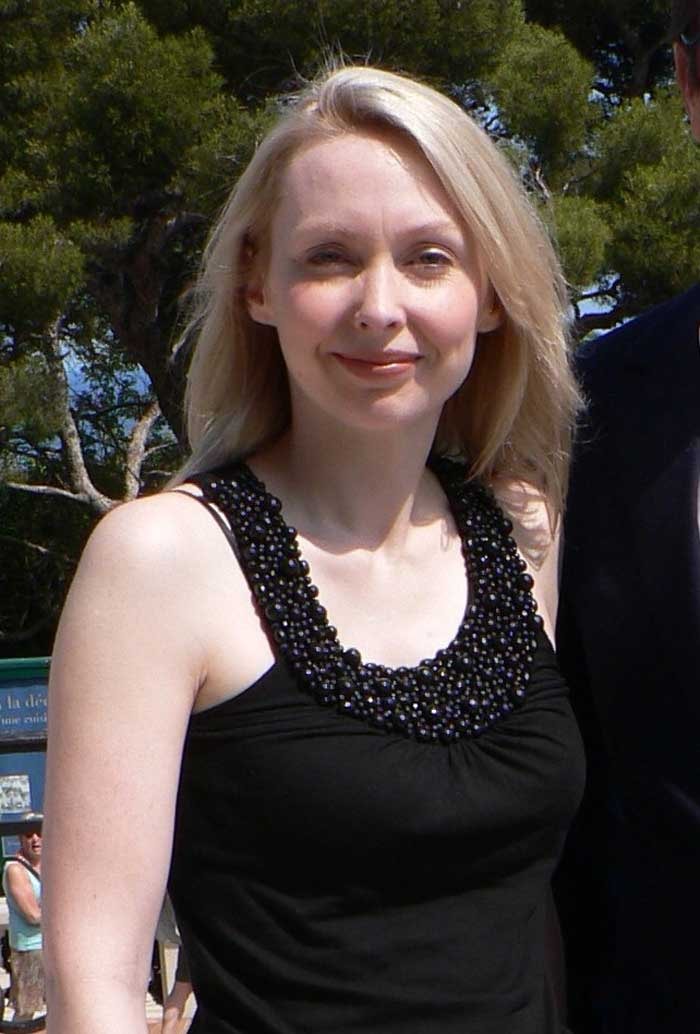 What keeps you motivated every day in your role?

“Getting results. For example, the Business of Fashion feature on Angora which shared some statistics on the industry that included a drop in revenue within the angora industry since our campaign and how is it continuing to dwindled. But for me, it is not just about the statistics - I am also thinking about the effect in terms of animals. It is always heart breaking when we conduct our research, and you know that there is an investigator on site that cares about their job. I mean - I care about my job - but it is nothing compared to what the investigators do, as the only way we can make a difference is by going undercover and filming the realities of the fur, leather, down and wool industries. I couldn’t do what these investigators do - witness animal abuse on a daily basis - but the least I can do is work my hardest to try and stop more animals suffering in this way. For me, it is also knowing the difference in how many animals we can spare from suffering which is the most important thing. ”

Do you see your current position at PETA as a long-term role?

“It’s strange because I have always thought that as long as I am doing okay PETA will let me stay. I’ve always thought that at some point PETA will tap me on the shoulder and say ‘hey we’ve got someone else who can do your job better,’ and then I couldn’t argue because it’s for the sake of the animals. But I can’t imagine doing anything else - if I wasn’t doing this, then I would still be involved in something fashion related, it is my passion. I just feel so inspired by vegan fashion which offers all these alternatives to real animal skins and would love to get more designers working with them and more fashion editors writing about them and more members of the public putting pressure on their favourites retailers to switch to these fabrics.”

During the month of August FashionUnited will focus on Work in Fashion. For all reads on on the theme, click here.
Photos 1 & 7: Stella McCartney, Facebook.
Photos 2-6: PETA.org
Photo 8: Courtesy of Yvonne Taylor