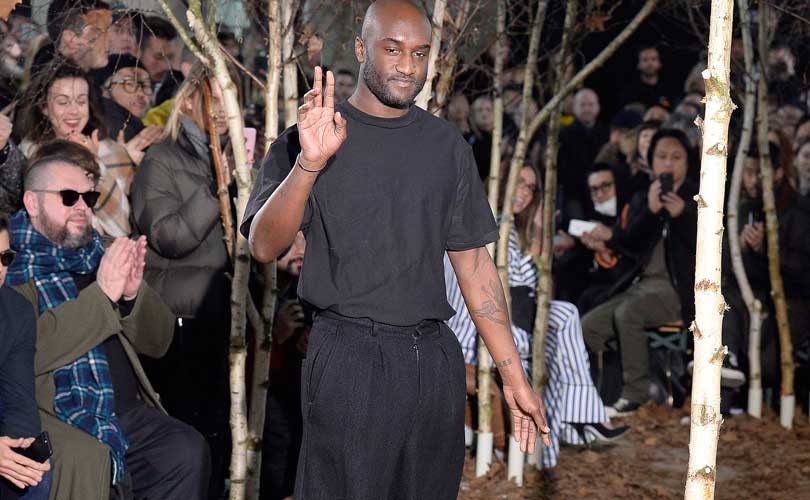 Louis Vuitton on Monday confirmed Virgil Abloh will take over as its new artistic director of menswear.

Abloh, who is the founder of streetwear label Off-White, succeeds Kim Jones and is due to show his first collection in June during Paris Men’s Fashion Week.

In a statement Michael Burke, chairman and chief executive offer of Louis Vuitton said: “Having followed with great interest Virgil’s ascent since he worked with me at Fendi in 2006, I am thrilled to see how his innate creativity and disruptive approach have made him so relevant, not just in the world of fashion but in popular culture today.”

Abloh, who is African American and came to fashion via studying engineering, art history and architecture, regards himself as an industry outsider. In an interview with Vestoj magazine earlier this year he stated: “People like me were marginalised in the fashion establishment when I started four years ago. I was on the fringe because what I was doing was too new, the attitude was like, ‘This is not even fashion.’ What are you doing, putting jeans on the runway?”

“That’s why I have that chip on my shoulder. Like, I’m an American black kid in fashion, making ‘streetwear’ – that streetwear label is put on me. At first I rejected it, and then I sort of owned it because I realised that I could redefine the term. Being a black American in Paris fashion, there’s no context for someone like me, no path to follow. If I was Japanese, I’d know how I’d fit into the system, same if I was Belgian or even American and white. But I don’t know any other black kid who designs clothes and shows in Paris…”

Diversity in fashion may have come a long way in the past few seasons, but this is far more visible on the runway and in editorial than behind the scenes at senior and board levels of luxury brands. Names that spring to mind are Balmain’s Olivier Rousting, Martine Rose, Grace Wales Bonner, and A-Cold-Wall founder Samuel Ross.

“It is an honor for me to accept the position of men’s artistic director for Louis Vuitton. I find the heritage and creative integrity of the house are key inspirations and will look to reference them both while drawing parallels to modern times,” Abloh said in a statement.