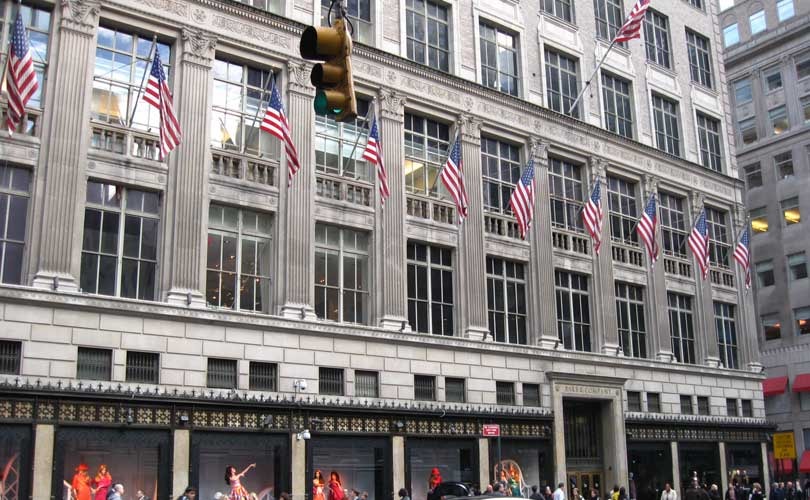 Marigay Mckee out, Marc Metrick in as president of Saks

In an unexpected turn of events, Marigay Mckee has left her position as president of Saks Fifth Avenue. Mckee, who is famous for turning iconic London department store Harrod’s into the luxury star it is today, was hired by Saks in late 2013 in hopes that she would be able to turn around the underperforming retailer. Well, after just 15 months on the job McKee is out, with her successor Marc Metrick having taken over on April 2nd, 2015.

It’s still unclear as to why Mckee left, but, fashionista.com has reported that Mckee parted ways with Saks on mutual agreement. For a woman who had a plan laid out to help Saks bring in younger designers and become more hip it’s shocking that they would let someone with such a fresh new take go. Saks might perhaps be in better hands under Marc Metrick, though.

Prior to being named Mckee’s successor, Metrick was the Executive Vice President and Chief Administrative Officer of Saks parent company Hudson’s Bay Company. Before joining Hudson Bay, Mckee spent 15 years at Saks where he rose to the position of Chief Strategy Officer before joining Hudson Bay in 2012. As an executive at HBC, he was instrumental in helping the company acquire Saks Fifth Avenue in 2013.

Metrick seems to have begun his new position immediately as soon as this news was first announced, and what makes it seem surprising is that Mckee is set to give a talk at NYU this week on “What it Means to be President of Saks Fifth Avenue,” which implies that if she were expecting this decision to come she wasn’t expecting it so soon. On Mckee’s departure, Richard Baker, Hudson’s Bay Company’s Governor and Executive Chairman said in a statement, “We thank Marigay for her contributions to elevating the Saks Fifth Avenue experience, and wish her all of best in her future endeavors.”

On Metrick’s appointment, Hudson’s Bay Company’s CEO Gerald Storch said, “Marc’s energy and commitment to Saks Fifth Avenue and its culture, coupled with his strong luxury merchandising and operating background, make him uniquely qualified for this role. I am excited to continue to work closely with him to further the successful strategies underway to take the extraordinary Saks Fifth Avenue brand to its next level of growth and success.” Whatever the reason for Mckee’s departure she has certainly laid some excellent ground work for Metrick, and with Metrick’s success with developing saksfifthavenue.com, and helping to expand Saks Fifth Avenue in the U.S. and Canada, the luxury retail chain could be looking at a return to its former days of glory. Metrick’s resumé says speaks for itself, and it says that he is the most qualified man to continue the job.