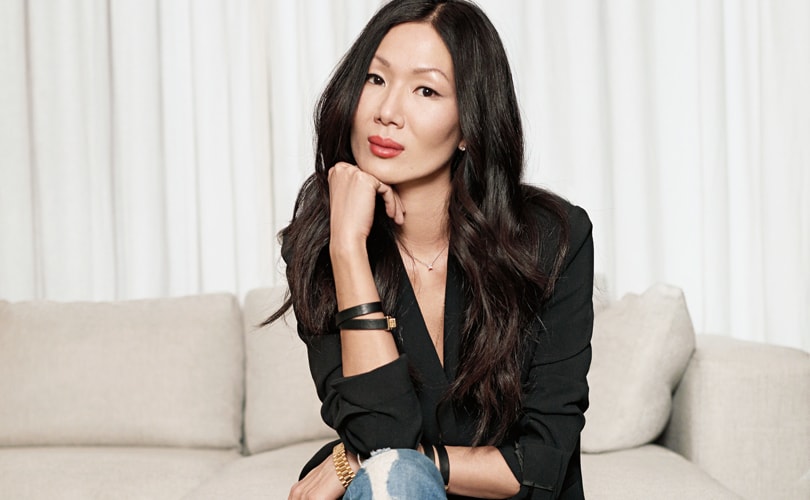 The woman who has managed to completely transform Banana Republic's design aesthetic has stepped down from her post as Creative Director. Webb, who designed for J. Crew before she was tasked with elevating Banana Republic to a more high-fashion aesthetic, has resigned from her post after just 18 months. She won't be leaving the company entirely, however.

Webb will be staying on in an advisory role, as she steps away from the company's day-to-day operations. While Webb did wonders for Banana Republic's pr, in addition to taking Banana Republic to NYFW for the first time ever, her tenure as Creative Director did not result in the sales rebound the brand was hoping for.

Marissa Webb steps down as creative director of Banana Republic

Gap Inc. has said they will not be hiring a replacement for Marissa Webb. In a similar move earlier this year, Rebekka Bay resigned as Creative Director of Gap, and a successor wasn't named for her either.

Gap Inc. will still be retaining stake in Marissa Webb's eponymous label, despite her stepping down as Creative Director.

In a statement company spokeswoman Liz Nunan said “Banana Republic has been fortunate to have Marissa’s passionate, creative leadership for the past year and a half. As creative director, she’s built and led a team of amazing designers, stylists and visual artists and has pushed the brand forward in terms of its versatile style and modern aesthetic. With a strong design team in place, Banana Republic will not fill the open creative director role at this time.”

In addition to Webb's resignation, Gap Inc. also lost Stefan Larsson of Old Navy recently as he prepares to take on his new role as CEO of Ralph Lauren. Webb's stepping down might signify her intentions of expanding her own label. After having a stellar collection show at NYFW in September, it's very possible Webb has bigger plans for her own business in mind.