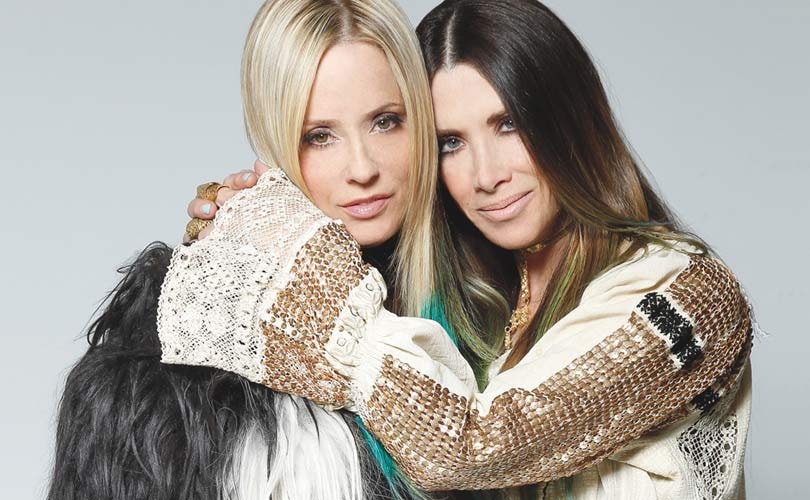 E-commerce’s world domination of the fashion industry continues. Its latest recruits are Pamela Skaist-Levy and Gela Nash-Taylor, the duo known as Pam and Gela. The two are the brains behind iconic label Juicy Couture, and now are the mothers of their own line, respectfully titled Pam and Gela of course. The line has been quickly selling out at retail stores, such as Bloomingdale’s and Neiman Marcus, but, of course, despite their success in luxury department stores, there is always more room for success.

The pair decided to capitalize on the growing supremacy of e-commerce and finally launched an e-commerce channel for their new label in an attempt to turn Pam and Gela into an omnichannel brand. Their new endeavor is very casual luxury, and is less ostentatious than their Juicy Couture brand, so for those who were looking for Juicy Couture luxury with a level of subtlety it is finally here. Some pieces from the line include high-low sweatshirts, graphic T-shirts, track pants, and for a more functional taste of luxury, leather jackets.

With plans for a flagship store hopefully by the end of 2016 in the works, the duo is hoping that e-commerce will help them rake in some major revenue in 2015. Their launch into e-commerce means that the duo has now conquered all three realms of retail (wholesale, e-commerce, and company-owned retail). “I think there needs to be a place where you have your flagship brick-and-mortar, where you walk in and are blown away, and then it’s good to be in the majors, too. So you just have a lot of exposure,” Skaist-Levy was quoted saying in Women’s Wear Daily in regards to the need for retailers to be able to conquer all three selling channels.

While Skaist-Levy and Nash Taylor want a brand that is successful and generating large revenue like any successful businesswoman does of course, for the moment they aren’t hoping that the brand will reach quite the capacity that Juicy Couture has just yet. This in large part due to the change in shoppers habits. More shoppers are looking for smaller cult brands and also going for luxury. By keeping their brand relevant while conquering all channels they are creating the perfect formula for success in the current fashion climate.

With the two coming from such a strong wholesale background it is no wonder that they decided to focus more on brick-and-mortar operations before they decided to launch e-commerce. But their internet endeavors won’t be stopping there. The two also hope to align with major names in the fashion blogosphere to try and get their product out there. In the era of the fashion blogger, if you can get one big name blogger to wear one of your items and tag you on Instagram, your sales could be through the roof by tomorrow.

The company only being in its first year is kept very small. Their payroll is only about 18 people, but the duo seems happy with keeping it small for right now. If they prove anything it’s that one of the biggest trends in retail right now is the smaller less massively worn luxury brands. Pam and Gela might have a head start on ringing in a new era in fashion.