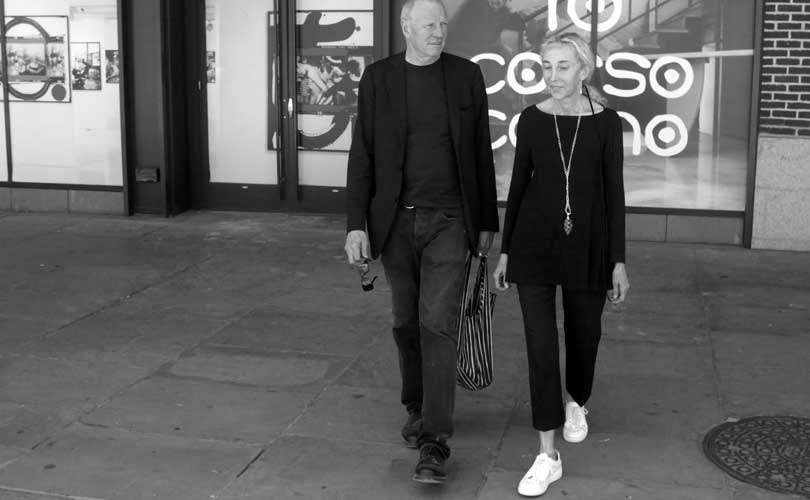 Milan’s 10 Corso Como, founded in 1991, is often credited as the precursor of the concept store. With fashion, food, art and design all united under the same roof, the shop named after its address is one of Milan’s most iconic landmarks. However, the Italian city soon became too small for the business. After expanding to Seoul, Shanghai, Beijing and Tokyo, 10 Corso Como is about to launch in one more city: New York.

Set to open its doors on September 6, the store will be located at the up and coming Seaport District. It will occupy the entire first floor of the Fulton Market Building -- one of the oldest markets in the United States, founded in 1822. In addition to selling fashion, books and design items, 10 Corso Como New York will include a garden, an art gallery and an Italian café, similarly to its counterparts in other countries.

”Almost 30 years after we opened in Milan, to be a part of such an inspiring resurgence in one of the city’s oldest artistic and commercial neighborhoods is a dream”, said Carla Sozzani, 10 Corso Como’s founder, in a statement. Sozzani is a former fashion journalist who dropped her career in 1990 to start an art gallery. A bookshop and a café were added to the business soon after, turning it into the concept store we know today.

Classified as “Manhattan’s neighborhood to watch” by Travel + Leisure magazine in its April 2018 issue, Seaport District has been the subject of a campaign to infuse the area. As a result, many upcoming brands are opening shops there, including Sarah Jessica Parker’s footwear brand SJP Collection, which is set to open its first permanent store at Seaport in the coming months.

10 Corso Como and the city of New York have actually been connected since the very beginning. The interiors of the first store in Milan were designed by New York native Kris Ruhs, who would go on to design the interiors of all subsequent branches. “At the heart of the idea was Carla’s love of photography and her vision of creating a living magazine, a space into which one could walk and live an experience”, recalls Ruhs on 10 Corso Como New York’s newly released website. “How much of this visual identity is Carla and how much of it is me is hard to tell, it is a wonderful conversation which has been going on between us for 30 years”.

A New Yorker was also appointed to manage the new store. Averyl Oates, who previously served as commercial director of the iconic department store Galeries Lafayette, in Paris, will take on the role of Managing Director at 10 Corso Como New York.