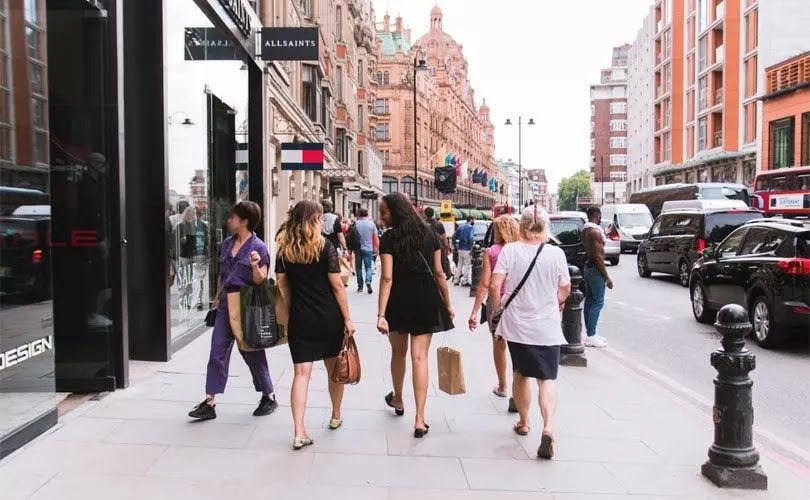 London - While the UK used to look on with bewilderment as Americans stumbled over themselves to grab the best Black Friday deals, the British are undoubtedly warmed up to the November shopping bonanza. Though the UK saw a slowdown in engagement with Black Friday in 2017, UK retailers are still testing the waters with Black Friday deals, with a study by GlobalData showing that their fashion and beauty sector’s sales are forecasted to grow by 3.8 percent from 2017.

Zoe Mills, Retail Analyst at GlobalData, said in a statement: “Fashion & beauty will be the best performing sector during 2018’s Black Friday period, forecast to grow by 3.8 percent on 2017. We have seen more clothing retailers participating in the event each year and while a number of big names such as Marks & Spencer are not participating in the event, online pureplays such as ASOS, boohoo.com and Gymshark are encouraging consumers to move online to get a discount.”

Black Friday has long been a tradition in the US, with American retailers earning a record 7.9 billion dollars on 24 November 2017, according to Adobe Analytics. According to figures released by e-commerce trade body IMRG earlier this month, UK Black Friday sales on the day itself are expected to reach 1.54 billion pounds (1.97 billion dollars), as shoppers look for bargains on the popular pre-Christmas discount day.

While the big day is set for 23 November, the spend is expected to start in the UK before then, and last long afterwards, with UK shoppers making the most of the sales period. GlobalData predicts that the Black Friday period is set to be worth 10.4 billion pounds (13.3 billion dollars) in the UK in 2018.

Mills added: “The Black Friday event has a big impact on the timing of purchases over Q4 – 39.9 percent of 2,000 UK shoppers surveyed in November 2018 stated that they intend to purchase an item on promotion during the discounting period and of those shoppers, 55.8 percent are delaying a purchase to benefit from anticipated reduced prices.” According to IMRG, sales continue to be at their peak for the actual day itself but, over the past five years, retailers’ campaigns have extended over a longer period to help ease the pressure on their operations.

Mills continued: “It highlights how Black Friday is encouraging shoppers to hold back buying full price items and purchasing during other discounting periods prior to the event as shoppers predict that retailers will drop prices even further during Black Friday, heavily impacting retailer sales in the weeks prior to the event.”

GlobalData’s poll of 2000 UK shoppers found that 39.9 percent of them planned to make at least one Black Friday purchase, while more than half were delaying making purchases to take advantage of the deals.