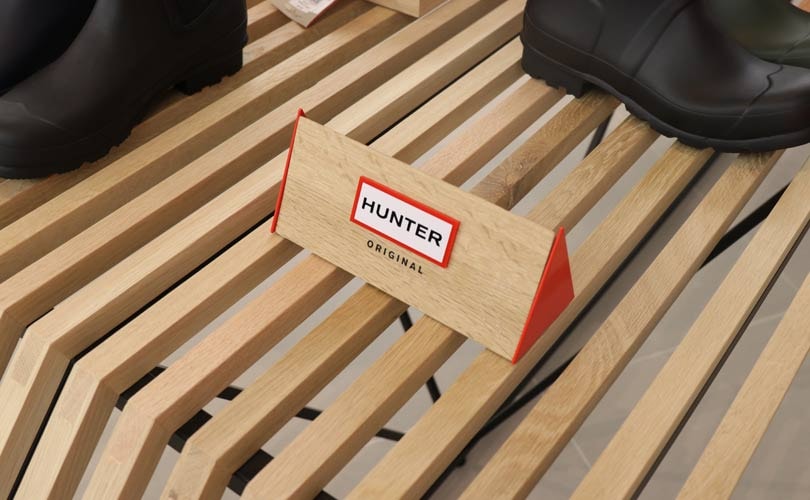 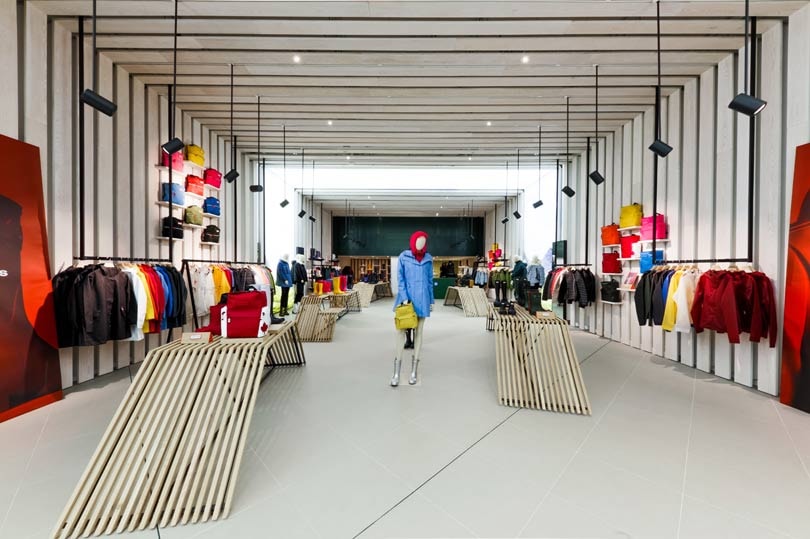 The concept for the 2,800 square foot store was developed by Hunter's in-house retail design team and underlines the brand's commitment to North America, one of the brand's largest retail markets. “Toronto's diversity and vibrancy makes it one of North America's most exciting places to be and reflects the Hunter ethos, which is why it’s where we decided to open our third standalone store and the brand’s first in North America," said Alasdhair Willis, Creative Director. 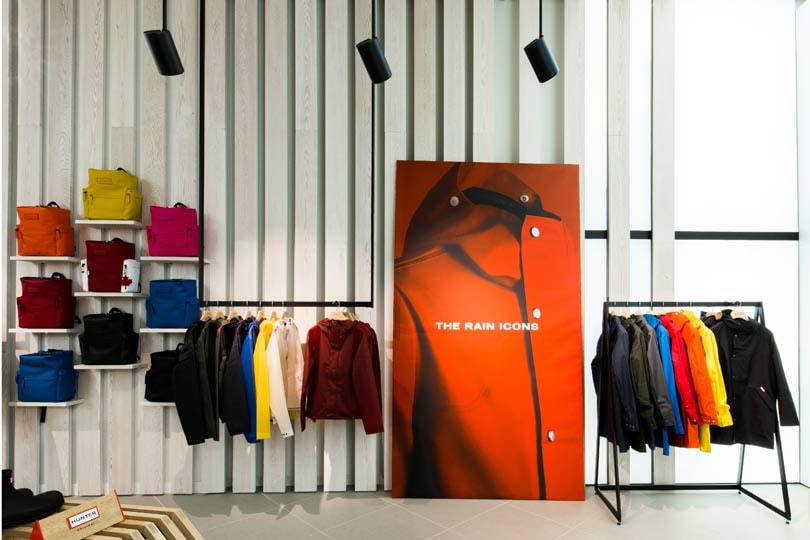 The new store showcases Hunter's Autumn/Winter 2017-2018 womens, mens and childrens Hunter Original footwear, outerwear and accessories together with the Hunter Field technical collection. The new flagship store's interior style is anchored by a focal moment, which reveals the sky and exposes the space to the 'outside' elements of the external landscape, as the internal fixtures in the store act as a 'protective canvas'. 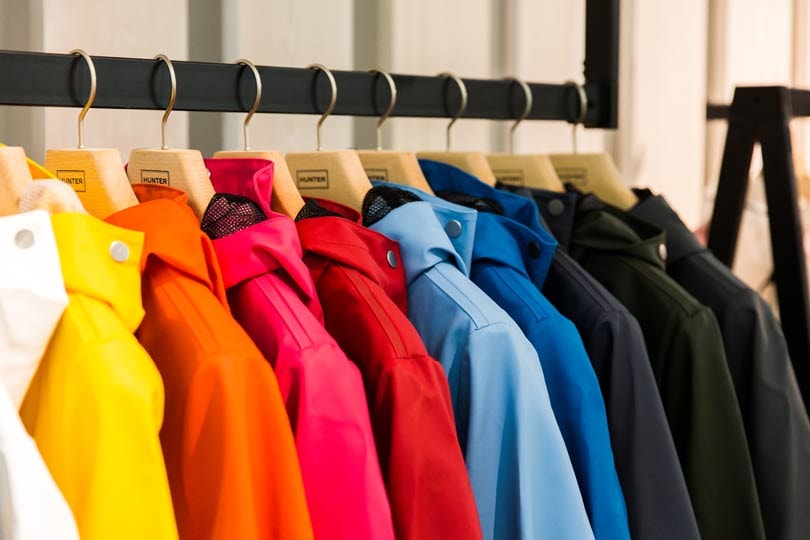 Visitors to the store are able to 'look out' from the barn architecture onto a backdrop of the Scottish Highlands, where the Hunter brand was born. In order to keep the store's interior feeling fresh, its in-store weather elements are set to be changed seasonally. The new store's front is reminiscent of a greenhouse, creating the feeling that the sky is surrounding visitors on entry to the store. 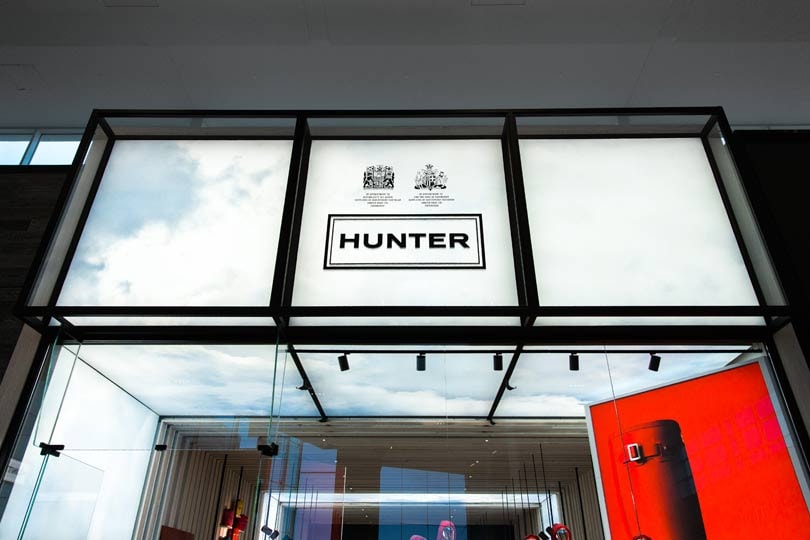 In honour of the store's opening, which opened its doors to the public this month, and to mark 150 years since Canada's Confederation, Hunter has released a limited-edition backpack in red and white. The Toronto limited edition top clip backpack, adorned with a red maple leaf, is made from rubberised leather and will only for be sale in its Yorkdale flagship store. 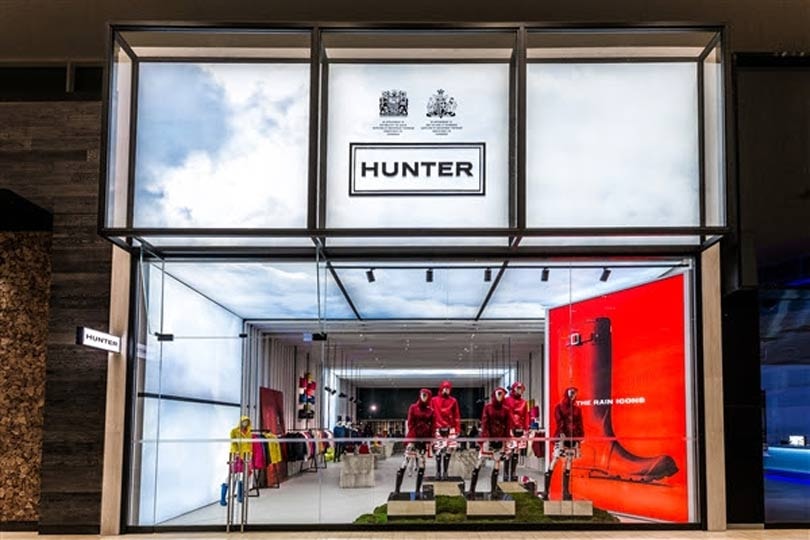 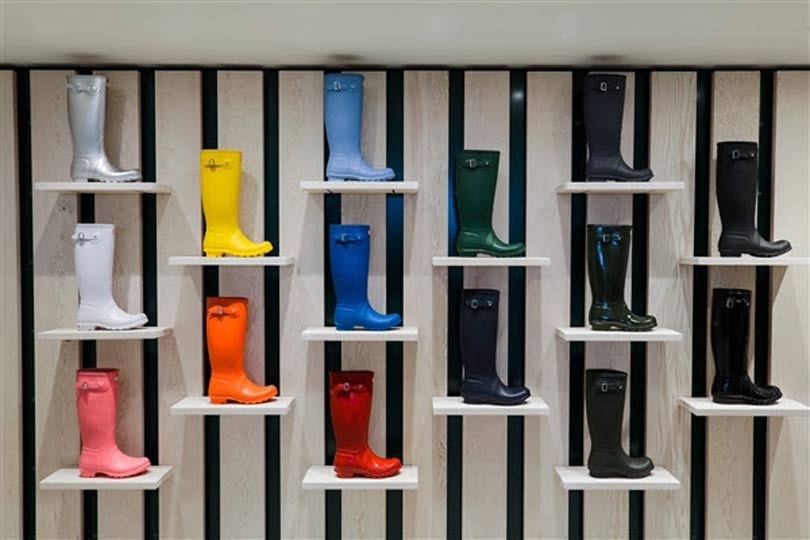