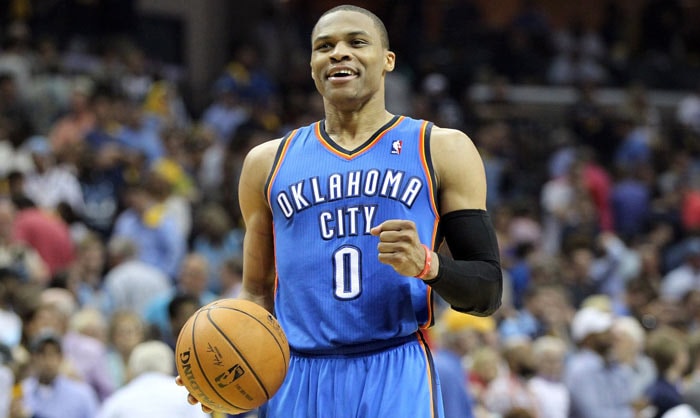 Russell Westbrook and Tim Coppens partner up for Barneys collection

The Russell Westbrook and Barneys New York collaboration has a new friend on their team who goes by the name of Tim Coppens.

Westbrook and Coppens collaborated on a capsule collection of loose fitting silhouettes, neutral colors, and layered looks that are meant to evoke to tastes of the both the designer and the athlete. The collection will arrive in Barney’s stores on Monday, February 8.

The Oklahoma City Thunder point guard first collaborated with Barneys in 2014 when he worked on a line of men’s ready-to-wear and accessories with a few of the stores top designers. Last December, he also partnered with jewelry designer Jennifer Fisher on a four-piece line of men’s jewelry.

Coppens was personally very excited to do the collection. He was quoted saying to WWD that “I’ve enjoyed getting to know Russell over the last few years as he has been such a great supporter of the Tim Coppens brand. Likewise, Barneys has supported us from the beginning as our first retailer for both the men’s and women’s collection. This collaboration felt natural for us and we are excited about the way the collection has come together.”