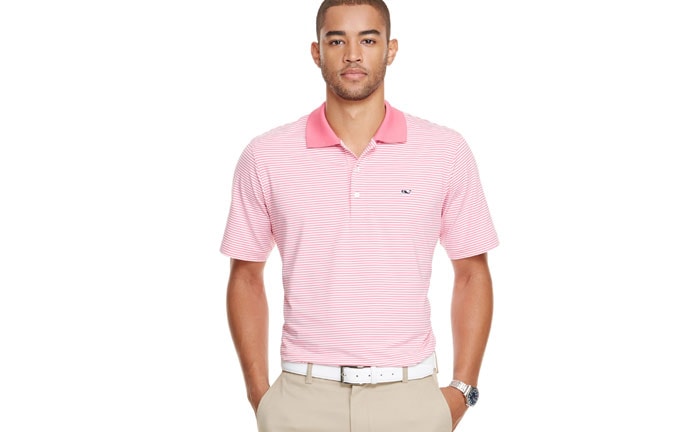 Vineyard Vines has made a new home at Grand Central. The preppy brand has opened a 6000-square-foot flagship store in the commuter hub at 89 East 42nd Street on the east side of Vanderbilt Hall. The store is much larger than the company's other units which average between 3000 and 3500 square feet.

The interior design of the store is very nautical influenced, with a stem of a boat at the cash wrap station, and mounted marlins, tunas, and mahi-mahis hanging from the ceiling. Portholes are part of the design, and the ceiling is painted blue.

There are numerous photos from the founders of the company, brothers Shep and Ian Murray, along with custom surfboards, most notably one with a New York skyline in the design.

The women's and children's section is located on the left side of the store, while men's and special products are merchandised on the right. There is also a section devoted to America's Cup, which will be held in Bermuda next year, and a few Olympics-inspired products.

Vineyard Vines will also be reportedly opening their first international store in Bermuda in June.

The Murray brothers originally started the brand as a tie company so they could quit their day jobs, but since then the brand has grown into a full line of apparel for men, women, and children geared towards those who prefer a preppy aesthetic.

The brand is associated with The Kentucky Derby, Major League Baseball, and the National Football League, and they also sponsor pro golfers Jason Dufner and Russell Knox.

Ian and Shep are also venturing into other categories such as denim, outerwear, and sweaters. The brand has still kept the designs classic, but still modern. For example, the polos still wick and their khakis stretch.

Other details in the store include videos of the brand's marketing shoots, and a reel showing the brothers being interviewed by Bloomberg TV. They are also adding a 55-inch digital mirror that will allow customers to add digital elements like whales or sailboats to take selfies.

Vineyard Vines is vastly growing. The company has a rollout planned of 100 stores by the end of the year, and their wholesale business is also going strong.

“Our retail just helps our wholesale, which is growing rapidly,” Ian said to WWD. “We still have a lot of mom-and-pops and green grass, but our business with Nordstrom and Bloomingdale’s is also growing year-over-year. Our brand is still pretty young and a store like this helps put us on the map.”

While they have no given specific sales projections, the new Grand Central store is expected to be one of their highest volume stores.

Earlier this year, rumors surfaced that the brothers might be looking for an exit strategy or a new investor, but they have squashed those rumors affirming that they are both 50-50 owners of the business. They did say they are still exploring the option of bringing on a minority investor, but nothing is anywhere close to concrete yet.