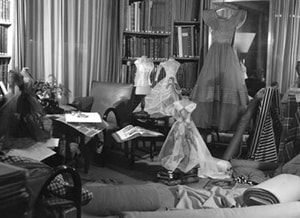 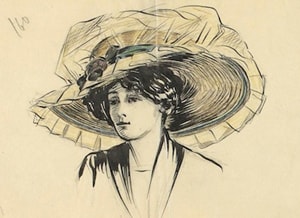 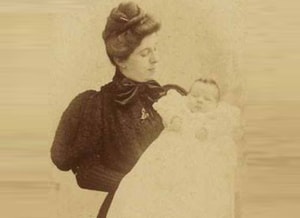 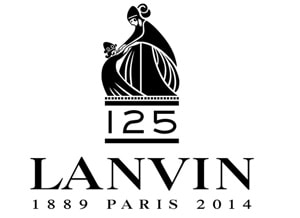 French fashion house Lanvin is preparing to celebrate its 125th anniversary. In honor of this momentous occasion the fashion house has decided to update its iconic logo and embrace new technologies to share its long and detailed history with its fans.

The new house logo has been altered to include its founder Jeanne Lanvin, and her daughter Marguerite, with the number 125, in honor of its anniversary.

Lanvin will be sharing unique archive sketches, photographs and one of a kind content on its social media pages. Since the beginning of the year, the French fashion house has been posting a historical fact about Lanvin on Facebook, accompanied by a photograph of an object taken from Jeanne Lanvin's office on Instagram. The founder's former office in Paris has been preserved and kept in its original state. Lanvin has also been using Pinterest to illustrate the fashion house's rich DNA.

Starting next month, lanvin.com will open a new section on its site entitled 'Lanvin History,' which is set to feature never before seen archive footage, photographs and original gouaches by Jeanna Lanvin.

This social media strategy is a new move from the French fashion house and shows the growing interest in Lanvin's house history among customers from markets such as China, Russia and Brzail, added a company spokesman. The fashion house is also working on a new exhibition, set to take place next year, reported WWD.com