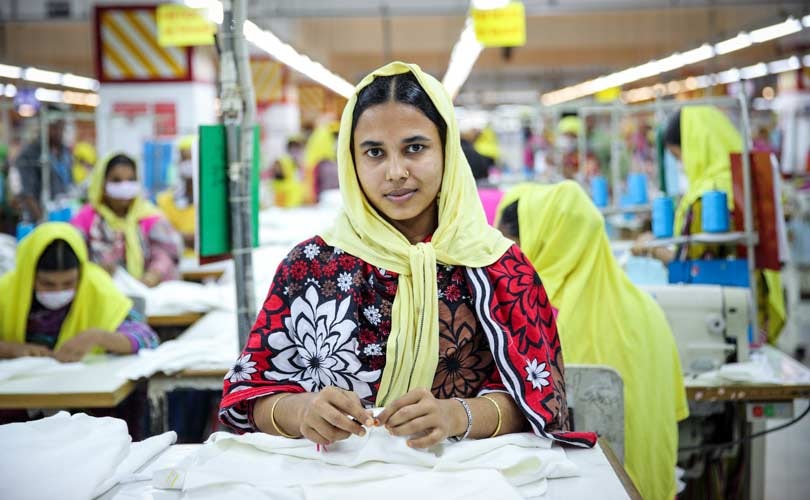 London - The need for greater transparency in the garment industry's supply chain remains a global issue, as evidence of gender-based violence and sexual harassment continues to emerge. Now three new reports documenting gender-based violence within H&M, Gap and Walmart's Asian garment supply chains have been released, as a global coalition calls on these leading companies to take immediate action to protect their female workers.

The coalition behind the reports, which includes Asia Floor Wage Alliance (AFWA), Central Cambodia, Global Labor Justice, Sedane Labour Resource Centre (LIPS) Indonesia, and Society for Labour and Development (SLD) India, documented numerous cases of sexual harassment and physical violence within supplier factories for H&M, Gap, and Walmart. More than 540 works at factories which produce products for H&M and Gap claim to have been victims to gender-based violence and abuse.

The type of violence documented within these supplier factories across five Asian countries ranged from physical violence to verbal abuse, coercion, threats, and retaliation as well as routine deprivations of liberties, such as forced overtime. In addition, the forms of violence described by many female workers are said to be a daily reality, as most of the incidents are never reported to the police or factory officials, in fear of retaliation. 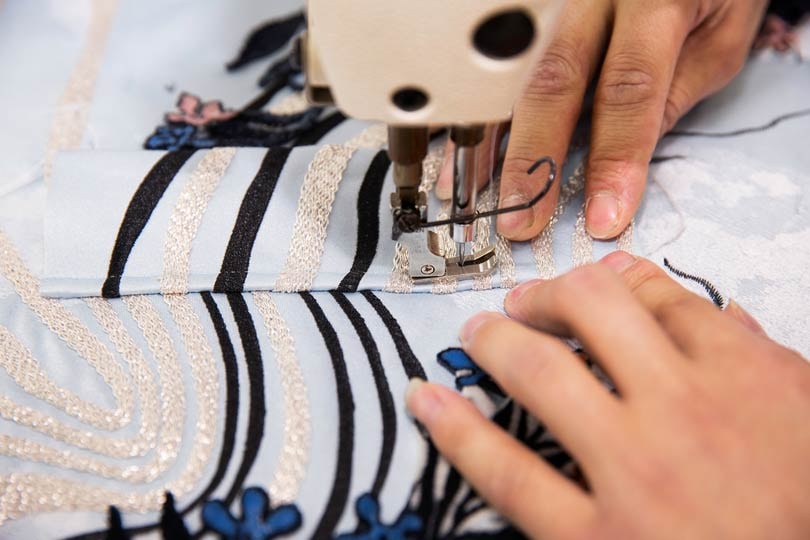 The H&M and Gap reports include an investigation of gender-based violence in nine garment factories across Bangladesh, Cambodia, Indonesia, India and Sri Lanka, undertaken between January and May of this year. "My batch supervisor came up behind me as I was working on the sewing machine, yelling 'you are not meeting your target production'," recounted Radikha, who works at an H&M supplier factory in India in the H&M report. "He pulled me out of the chair and I fell on the floor. He hit me, including on my breasts. He pulled me up and then pushed me to the floor again. He kicked me."

The reports highlight that these are not isolated incidents and stress that gender-based violence in the H&M and Gap garment supply chain is a direct result of how these fashion companies conduct business with their suppliers. In addition, both reports also draw upon Asia Floor Wage Alliance research from 2016, which documented worker rights violations within H&M's and Gap's global garment supply chains and the findings of five national level people's tribunals held by the Asia Floor Wage on working conditions in garment production hubs in South Asia.

Both reports were shared with Gap Inc and the H&M Group on May 30, confirmed a spokesperson for Global Labor Justice & Asia Floor Wage Alliance to FashionUnited. "We focused on Gap and HM becuase they are key industry leaders who say these issues are important. They have supplier factories across the region and the unions which are a part of the Asia Floor Wage Alliance have members in their factors," added Jennifer JJ Rosenbaum, US Director of Global Labor Justice. "That’s why we think they should publicly support an ILO convention and meet with us to discuss the reports and build pilot programs where togehter we can build the agency of women workers to collectively eliminate gender based violence from their workplaces."

The documentation of gender-based violence within H&M and Gap’s garment supply chain comes as the International Labour Organisation (ILO) convened to set the first international labour standards on gender-based violence and harassment in the workplace. Trade union leaders from across the globe, together with governments and businesses are meeting to create a global standard protecting women across numerous sectors. The reports also offer concrete steps fashion companies, like H&M and Gap, can take to eliminate gender-based violence and harassment in the workplace, which are based on associated risk factors within the garment industry. 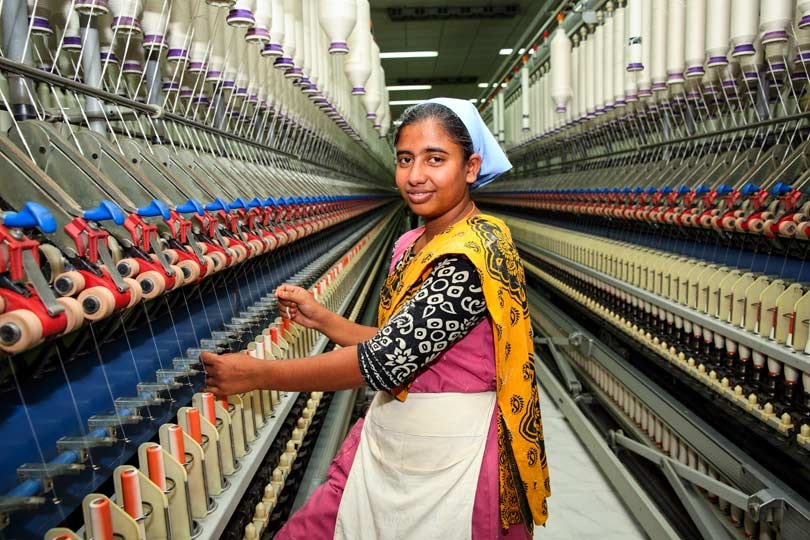 "Decades of research and experience provide ample proof that voluntary corporate social responsibility initiatives whitewash a pattern of labor violations along global garment supply chains," said Anannya Bhattacharjee, International Coordinator of AFWA in a statement. "The beneficiaries are a multi-billion-dollar corporate garment industry that has failed workers, employers, and consumers. Corporate accountability requires brands including H&M and Gap and suppliers to negotiate and adopt binding and enforceable agreements with garment unions in production countries."

“Women workers and their labor organizations are uniting across borders to demand work that is free of gender-based violence, pays a living wage, and promotes women’s initiative and leadership at all levels,” added Jennifer (JJ) Rosenbaum, U.S. Director of Global Labor Justice. “Multinational corporations are expanding global supply chain models in many sectors. But it’s not only the corporations that are going global. Intersectional movements of workers, women, migrants, and others are building global networks to demand change to a system that relies on poverty wages and gender-based violence to deliver fast fashion to the US and Europe at the expense of the well-being of women garment workers and their families."

H&M has responded to the claims of gender-based violence in the report Gender Based Violence in the H&M Garment Supply Chain, stressing that all forms of abuse and harassment are against everything the Swedish fashion group stands for. “Violence against women is one of the most prevalent human rights violations. Gender-based violence makes women all around the world suffer daily and undermines their health, dignity, and security,” said an H&M spokesperson to FashionUnited. "This report clearly shows the need of continuously addressing these issues. The empowerment of women economically and socially is a way to prevent gender-based violence.”

The H&M spokesperson added that the H&M Group is very clear on its position and actively supports the development of female empowerment within the global textile industry. “We do this by working to enable freedom of association, strengthening workers’ voices and the right to join or form a trade union as well as bargain collectively. These are fundamental rights of workers addressed within our Global Framework Agreement with the global trade union IndustriALL. "H&M also aims to address these issues through a number of projects it is running in its production countries, together with ILO. “We will go through every section of the report and follow-up on factory level with our local teams based in each production country.”

But for the Clean Clothes Campaign, who previously launched the “Turn Around H&M” campaign this statement is not enough. “We are calling upon H&M to stop turning its back on the garment workers who were promised a living wage by 2018,” said Neva Nahtigal of Clean Clothes Campaign. “They continue to live in poverty while H&M reports 2.6 billion profits. In less than one month, close to 100,000 people have added their voices to the demand for H&M to ensure without delay that workers are paid a living wage.” The report findings from the global coalition come one week after the global coalition released a report on gender-based violence in Walmart's supply chain.

Gap has also issued a response to the claims made in the report. "We are deeply concerned about the troubling allegations raised by this report. Our global team is currently conducting our due diligence to investigate and address these issues," said a Gap Inc spokesperson to FashionUnited. "At Gap Inc, we are committed to making sure that the people who make our clothes work in safe conditions and are treated with respect. We’ve consolidated our supplier base to focus on partners that share our values and goals, and an increasing number of factories we source from are audited by ILO’s Better Work program... We know that there is more work to be done, and we’re committed to doing our part to help drive positive change within our supply chain and across the global apparel industry."

"Gap Inc. agrees that gender-based workplace violence is a significant issue and an appropriate subject for ILO action. We look forward to continuing to participate in the global conversation around the ILO Convention on GBV," added the spokesperson.