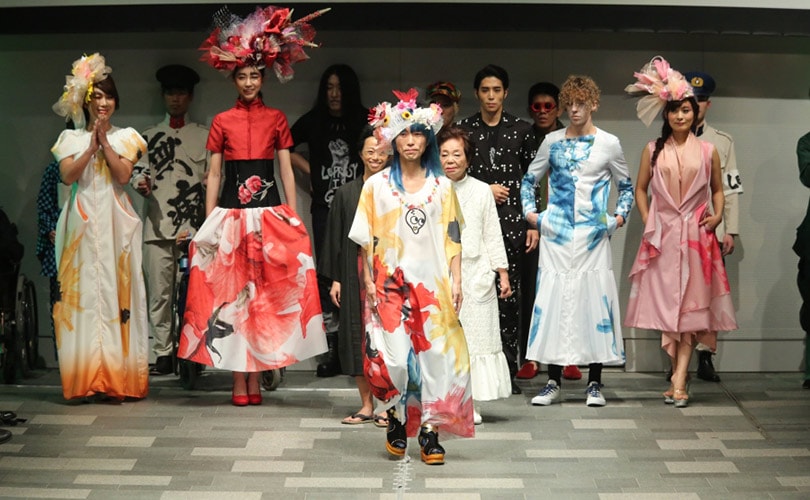 At 83 Miyo Maki had never manicured her nails,thickened and deformed due to leprosy, a disease she was diagnosed with when she was just 10 years old. But on Wednesday, as she marked her birthday, the former leprosy patient proudly displayed her shiny artificial nails, applied by a manicurist, ahead of a catwalk appearance at the ongoing Tokyo Fashion Week.

Later that day, she walked down the runway, wearing a white lace dress and basking in the limelight long denied to her and other leprosy patients because of an overwhelming stigma against the disease. "Ah, it was amazing," she said after the show, clutching a bouquet of flowers against her chest.

"I turned 83 today. This is the best birthday I've ever had. "I think this show represents a step forward in the history of leprosy," she said. Like thousands of other former patients relegated to leper colonies in Japan, Maki lived a cloistered life, battling stigma despite being cured. 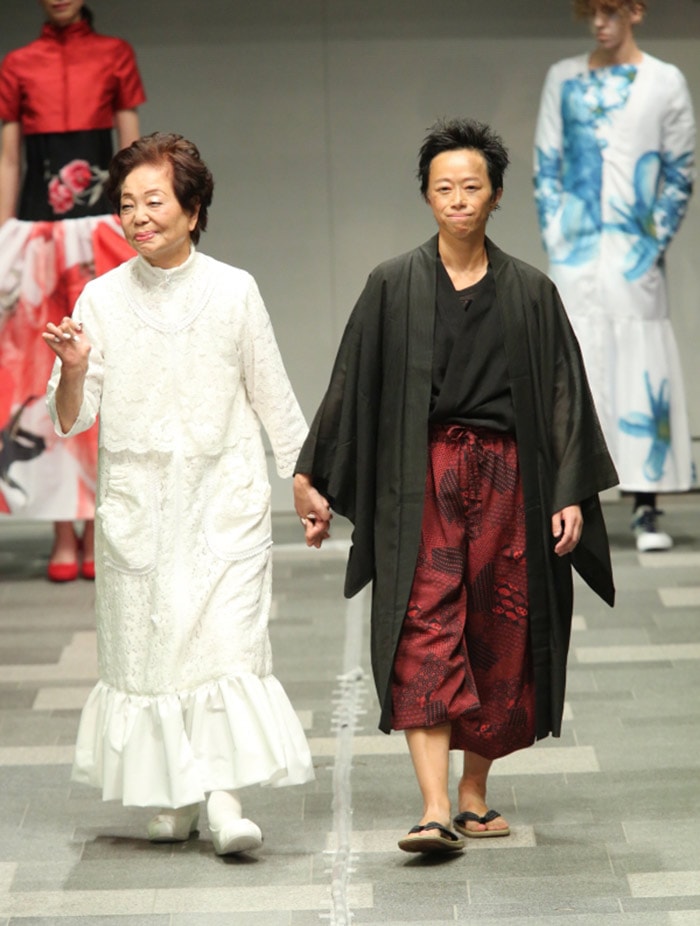 Leprosy has long been a curable disease after a medicine called Promin was introduced as a successful treatment in the 1940s. Although leprosy has been almost eradicated globally, the disease still affects 200,000 people a year. Former lepers continue to face discrimination due to the mistaken belief that the disease remains contagious even after patients are cured.

The visible aftereffects of the disease, which can leave the face and limbs deformed, have also made it difficult to eradicate the prejudice. At Tokyo Fashion Week, Maki appeared in a show by designer Takafumi Tsuruta under the banner of his "tenbo" brand, that sought to portray the indignities suffered by lepers. Men dressed as officers -- one wearing a jacket printed with the words, "No Leprosy" -- swooped in to take away a model who was playing the role of a leper.

Tsuruta's runway presentations regularly feature a diverse line-up, and Wednesday's show was no exception, using models who were blind, in a wheelchair, or transgender, in addition to former patient Maki. "Fashion is a tool to send messages in a harmless, approachable way," Tsuruta said after the show.

"Leprosy has been a universal issue, feared in the world for thousands of years. "Even though it is now a curable disease, people still suffer from stigma and discrimination," he added. 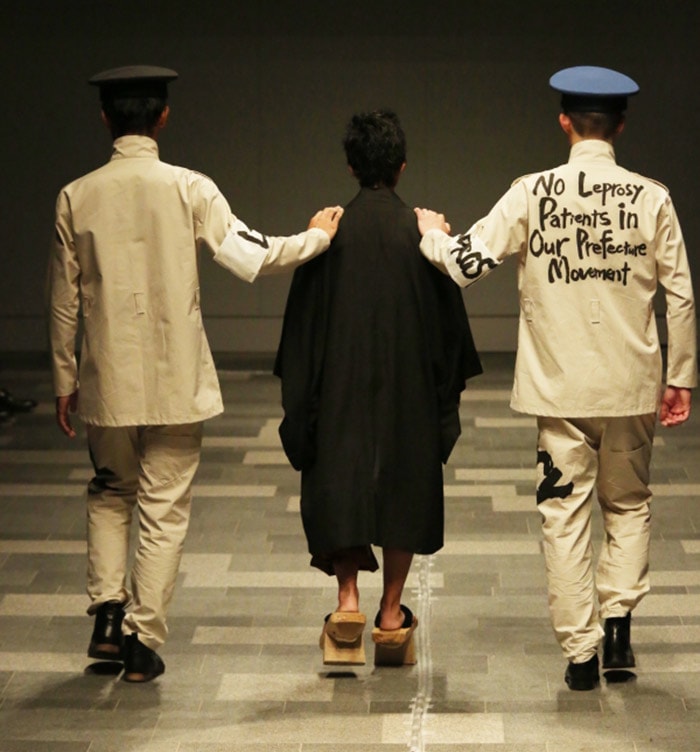 In Japan, patients were pushed into seclusion and many were forced into abortions or infanticide because of policies that forbade them from having children. A 2005 official probe found formalin-treated samples of 114 fetuses or babies at six state-run sanatoriums.

Japan only ended its policy of forced seclusions in 1996, 89 years after it was put into place. The national parliament issued an apology and offered compensation to patients in 2001. The "tenbo" show featured a tribute to the babies who were terminated at the hands of sanatorium officials.

At one point during the presentation, Maki and other models sang a Japanese folk song about remembering home. The experience brought back painful memories of Maki's early years at the Zenshoen sanatorium in western Tokyo, where she still lives.

She said she would venture out and climb up a hill to look over in the direction of home, where she was not allowed to return. "On this runway... she is not just modelling but also fighting the stigma by taking each step," Tsuruta said. (AFP)