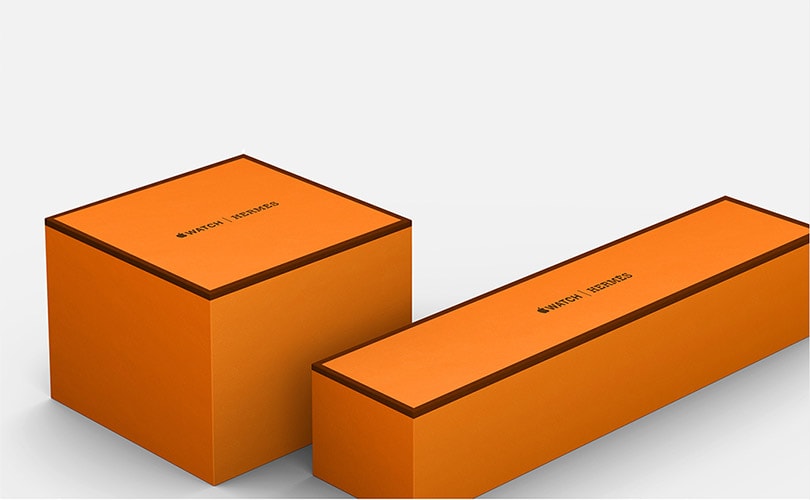 New York - Apple might be a global technology conglomerate, but they had to get their hands on a slice of the fashion pie as well. Last year, they partnered with luxury label Hermes for a collaboration of their Apple Watches. Now, they are expanding their line of offerings with the French luxury label.

Today, the company has released more colorways for the Apple Watch Hermes, and for the first time they will also be selling Hermes bands separately. The bands, which were revealed online today and become available April 19, come in both the single and double tour styles. The new colors are Bleu Paon, Bleu Saphir, Blanc, and Feu.

These join the current line up of colors, which includes Fauve, Noir, Capucine, Bleu Jean, and Etain. The set of both the watch and the band is available in Fauve Barenia only.

Price points for the bands are 340 dollars for the single tour and 490 dollars for the double tour. They can be bought online in countries where they are available, as well as in Apple stores, Hermes boutiques, specialty stores, and department stores worldwide.

About one-third of Apple watch wearers change their bands daily, so, these new band offerings are a sensible business move for the company. In addition to the new bands, Apple has also made their watches more price accessible with some styles starting at 299 dollars versus 349 dollars. “People love how the bands give the watch an entirely new look,” Apple ceo Tim Cook said at a company event in March.

The company's quarterly earnings report said that the Apple Watch is available in 12,000 locations and 48 countries, and is the most popular smartwatch in the world.

In regards to the collaboration, Apple chief designer officer Jonathan Ive told WWD "“Both companies are motivated by a sincere pursuit of excellence and the desire to create something that is not compromised.”

Smartwatches are the new fashion accessory, making Apple not only a technology pioneer but a fashion pioneer.