The American creator's hype machine has pretty much hijacked the first three days of Paris men's fashion week, with Kanye West's former sidekick and muse about to make his debut at the helm of Louis Vuitton Thursday.

But first Abloh rolled out his own Off-White label's spring summer collection, which he said was inspired by "those crazy summer New York City nights when it's just as sticky hot at midnight as it was at noon".

With temperatures in Paris every bit as high, Abloh sent out a run of almost nostalgic youth culture looks, with references to the classic film "Rebel Without a Cause" and white T-shirts with tags in homage to the late New York artist White. 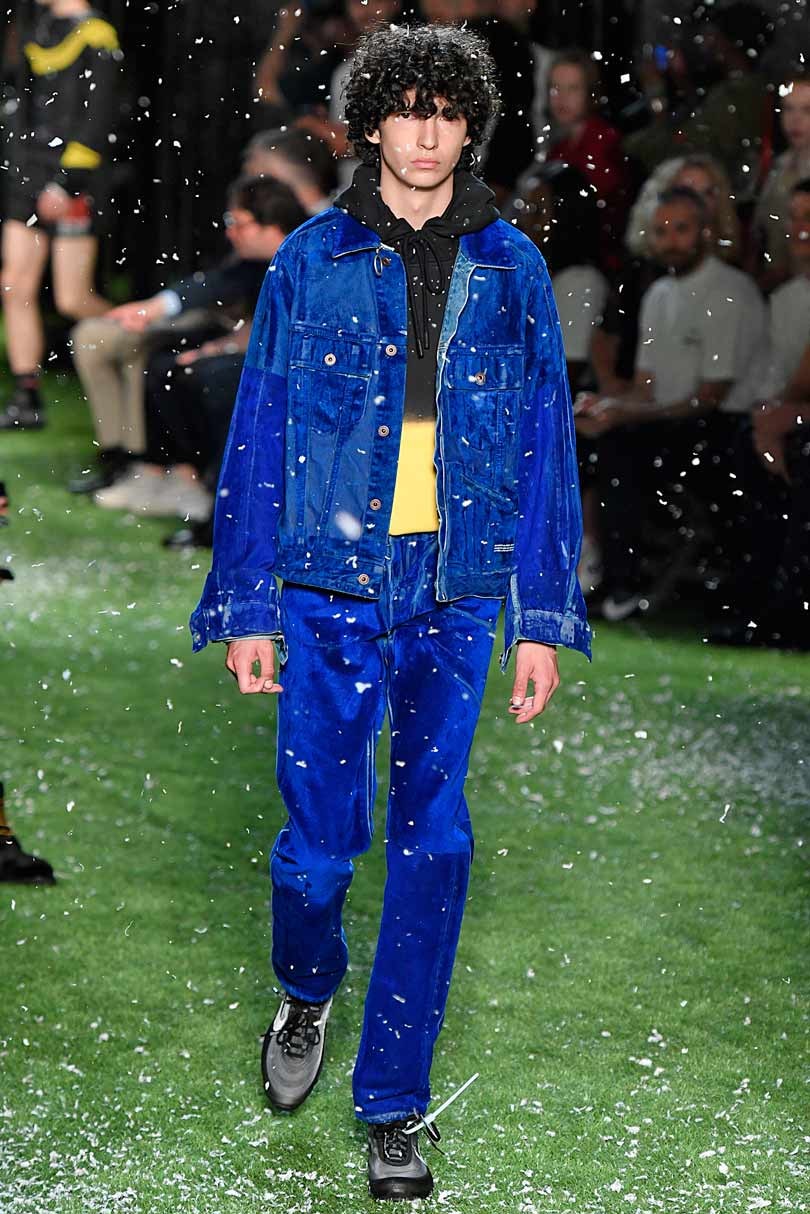 True to his streetwear roots, his tees were long and baggy and often cut to the elbow and beyond. His love of branding even extended to the shoelaces, which had "shoelaces" written on them just in case their might be a doubt.

Several models sported neck and trouser chains made from climbing hooks, with recut and embroidered jeans apeing a DIY teenage bedroom vibe, which included leaving the security tags on shoes.

While Abloh is drooled over by young fans who flock to his shows, some in the front rows whisper that the new darling of the French luxury conglomerate LVMH -- which owns Vuitton -- is "not a real designer" because he didn't go to fashion school.

Instead the creator -- who trained as an engineer and architect -- cut his teeth with his famous friend West designing outfits on Photoshop. He has also accumulated an enviable address book of celebrity friends and 2.3 million Instagram followers.

He did, however, learn a thing or two about the trade from his mother, an immigrant seamstress from Ghana who made a new life in Illinois. And Abloh loves to add the odd couture touch, this time with a pair of jeans with a kind of floral toile de Jouy pattern that would not be out of place on the wall of a French chateau.

In fact, the sometime DJ has a finger in many pies, with an art show running in London alongside the Japanese pop art legend Takashi Murakami. And before his Off-White show he told the French daily Le Figaro that he had much to bring to Vuitton, the world's biggest luxury brand. "I simply think that Louis Vuitton is missing the products that me and my generation want to buy," he said.

Abloh, 38, is only the second black man to rise to the top of a big Paris fashion house, with French designer Olivier Rousteing responsible for both Balmain's men and women's lines. 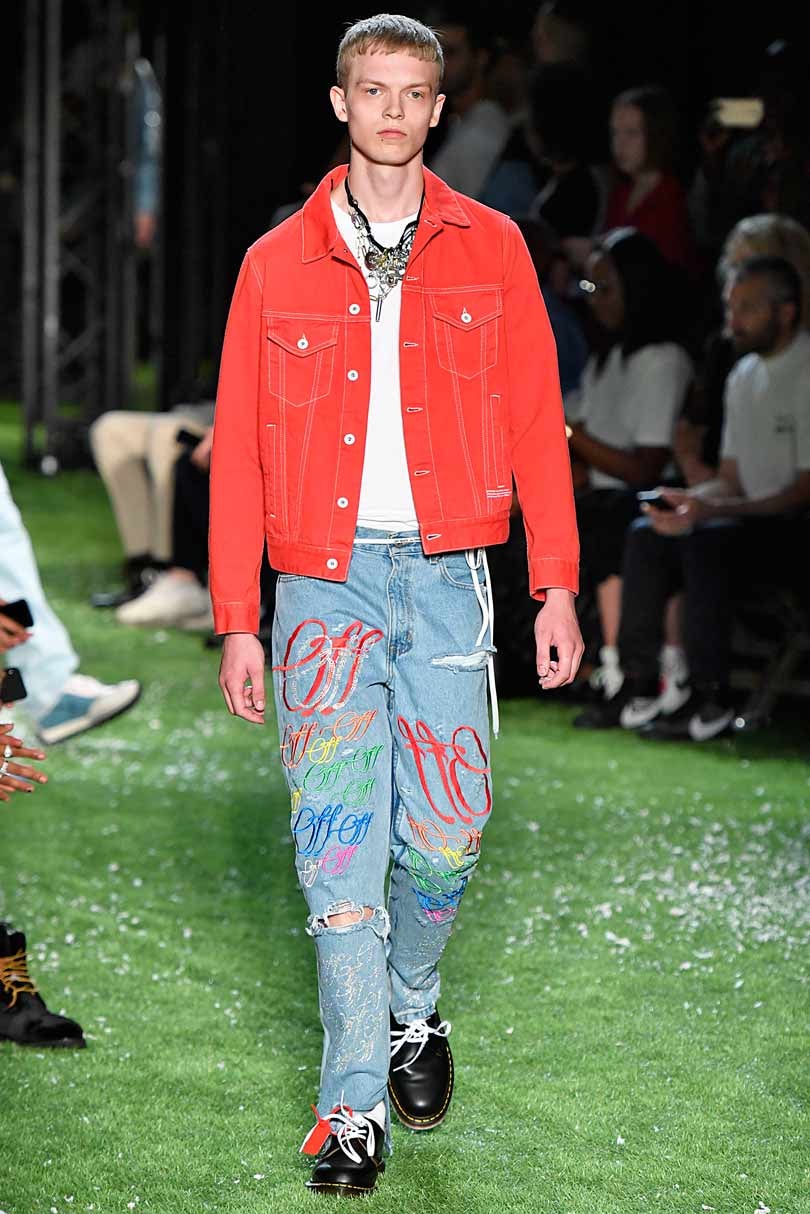 Raf Simons, the former Dior designer now at Calvin Klein, is the latest to be tempted by the exodus from New York. He had not presented his own label in the French capital for three seasons and he showed Paris what it had been missing in a masterly late night show in a suburban warehouse where he reimaging New Wave and New Romantic London of the early 1980s.

"It feels good" to be back, he told reporters, adding that his collection was "DIY meets the opposite" with a post-punk aesthetic transported to the luxury heaven of couture.

He began with vivid oversized silk overcoats with studded backs -- "why should we only have studs in leather?" he quipped -- with some of his models wearing leather mail shirts underneath, inspired by both the plastic rings of "six- and eight- packs of beer and by Paco Rabanne", Simons said.

The theme continued with earrings made to look like drink can pull tops and sleeveless punky T-shirts adorned with iron rings and diamante details. Simons followed that by a run of outsized glittering polo necks, with a couple of shrunken woollen jumpers for contrast, as well as silky neck scarves which Duran Duran would have killed for in their pomp.

He described the show as a series of flashbacks where he "gave everything a very simple twist".

The designer recreated a nightclub with "naughty" mirrored dummies hanging from the ceiling or staring into mirrors to evoke our modern "social media Narcissus", he said.

With supermodel Naomi Campbell backstage to congratulate him, Simons said fashion "needs a new outline, something needs to shift". Another talented Belgian, Glenn Martens of Y/Project, played with classical silhouettes by stretching a second skin of nylon over his jackets with ingenious effect.

The long pleats he stitched into his trousers so they flapped like cowboy chaps were equally neat.(AFP)