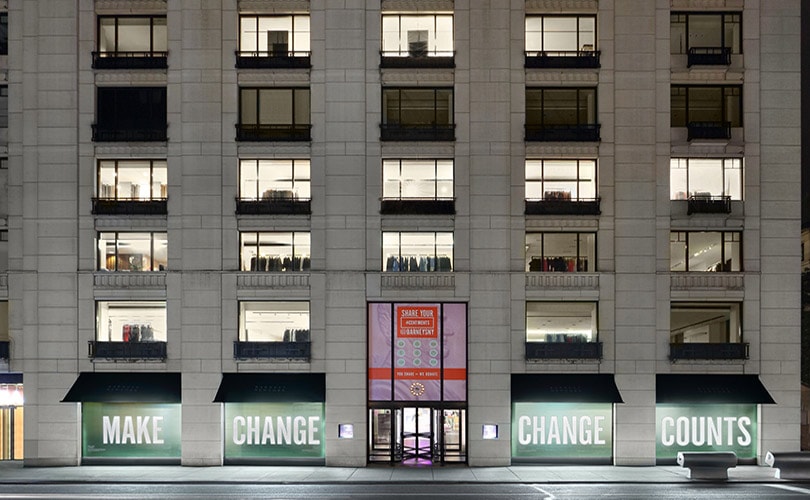 The iconic Barneys New York flagship could be seeing some reduced square footage. The company is planning to give up about half its retail space in order to save on rent, which was raised to 30 million dollars plus taxes from 16 million dollars this year. The news was broken by the New York Post.

The luxury department store has been in contentious talk with its landlord for years. Their lease has been in arbitration for a year as they have been in talks to reach an agreeable rent price. In 1993 when Barneys had opened their 230,000-square-foot flagship store its claim to fame was that it was the largest store that had opened in New York since the Great Depression.

Rising retail rents in New York City have been driving stores to close. Tommy Hilfiger recently announced they would be closing their fifth Avenue flagship location, and Calvin Klein will be closing their flagship store that's just next door to Barneys' flagship.

Compare to many other American department store chains, Barneys is in a unique position because rather than following the traditional department store model, it is in a sense more of a very large, multi-brand specialty store. Rather than having numerous flagship locations, a fleet of stores that are mall anchors, and additional smaller stores throughout the United States, Barneys has a select amount of brick-and-mortar locations throughout the United States, mostly in major economies. In addition to New York, Barneys also has locations in Los Angeles, San Francisco, and Chicago.

The company also announced they will be opening a flagship in New Jersey's American Dream Mall, the new shopping center set to open later this year in Bergen County, New Jersey. The company is also capitalizing on their expansion into cannabis based products at their California stores too.