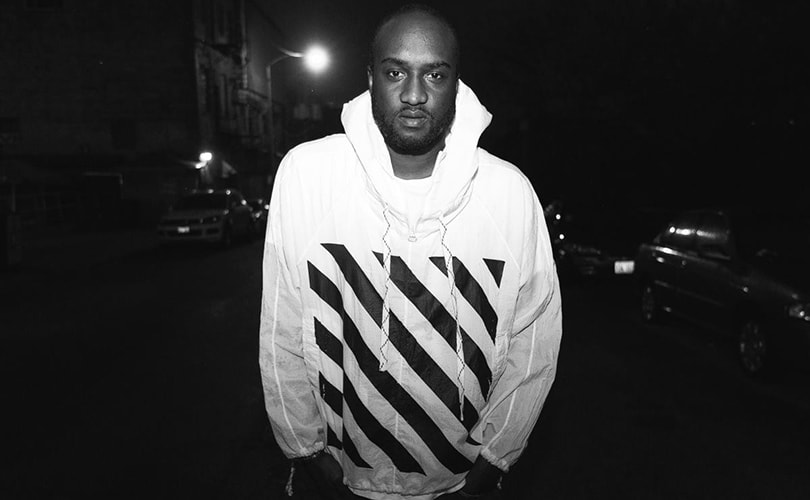 Virgil Abloh has opened his first Off-White store in SoHo. Unlike the traditional brick-and-mortar retail store, this space is also a gallery. Known as the EMP TY Gallery, the concept was also seen as a pop-up shop in Paris.

In an interview with Vogue, Abloh made it clear that he does not want his retail space to be called a store though. It's really a gallery, that happens to sell you designer clothes. While most retail stores in SoHo, which is a hotbed for luxury retailers, have their giant monickers outside for the world to see (Prada's could be seen from space), Abloh etched his brand name on a brick and created a hard-to-find Instagram for the store.

Abloh wants to create his stores to fit the culture of the city each one of them lives in. SoHo, with its downtown artsy vibe and several art galleries, was an excellent location for an art gallery concept.

In addition to Off-Whites apparel and footwear, customers can also buy the art in the gallery. Yes, the art is for sale.

As Abloh told Vogue, “The brand is not just about buying the clothes,” which is he went the artistic concept route for his retail space. Nothing in the store is permanent. Rather, artists will be able to come in and change the retail space as they please.

With brick-and-mortar being such a challenging market, fashion brands have to give customers something different. In trying to court the millennial customer, who value experiences over products, this was a smart way to do it.

Also read: Menswear designer to watch out for: Virgil Abloh from Off-White