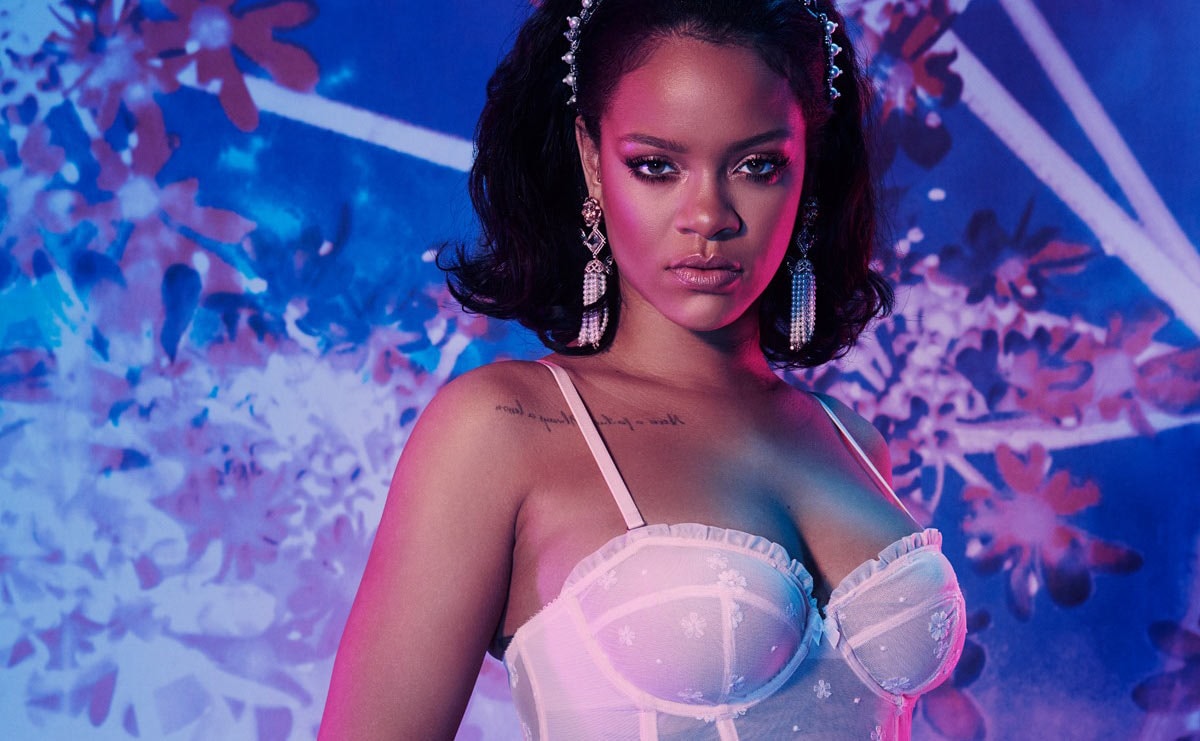 Rihanna’s incursion into the fashion and beauty industries has been so successful that LVMH is reportedly in talks to launch a brand new luxury fashion house in partnership with the popstar. As her latest endeavor, lingerie label Savage x Fenty, turns one year old, FashionUnited analyses the brand’s results and influence on the undergarment market. 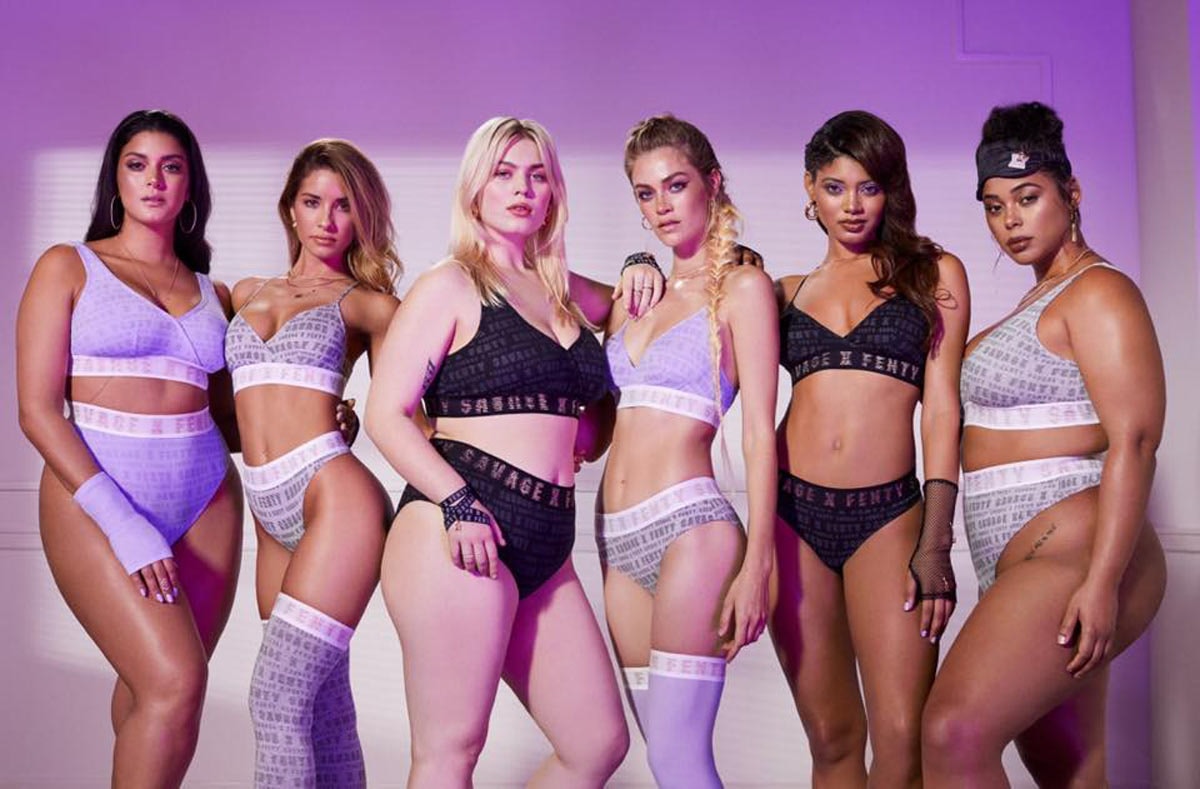 Savage x Fenty was launched on May 11, 2018, in partnership with Techstyle Fashion Group, the same company behind Kate Hudson’s Fabletics, JustFab and ShoeDazzle. The brand is guided by the same principle of inclusion as Rihanna’s make-up company, Fenty Beauty, which prides itself for offering over 40 colors of foundation. With sizes ranging from XS to 3XL, seven shades of ‘nude’ and models from all shapes and sizes on the catwalk, Savage x Fenty positions itself as an empowering alternative to Victoria’s Secret, which has been struggling to resonate with consumers in the post-#metoo era. Instead of proposing women to aspire to look like a supermodel, Savage x Fenty encourages them to look like the best version of themselves. 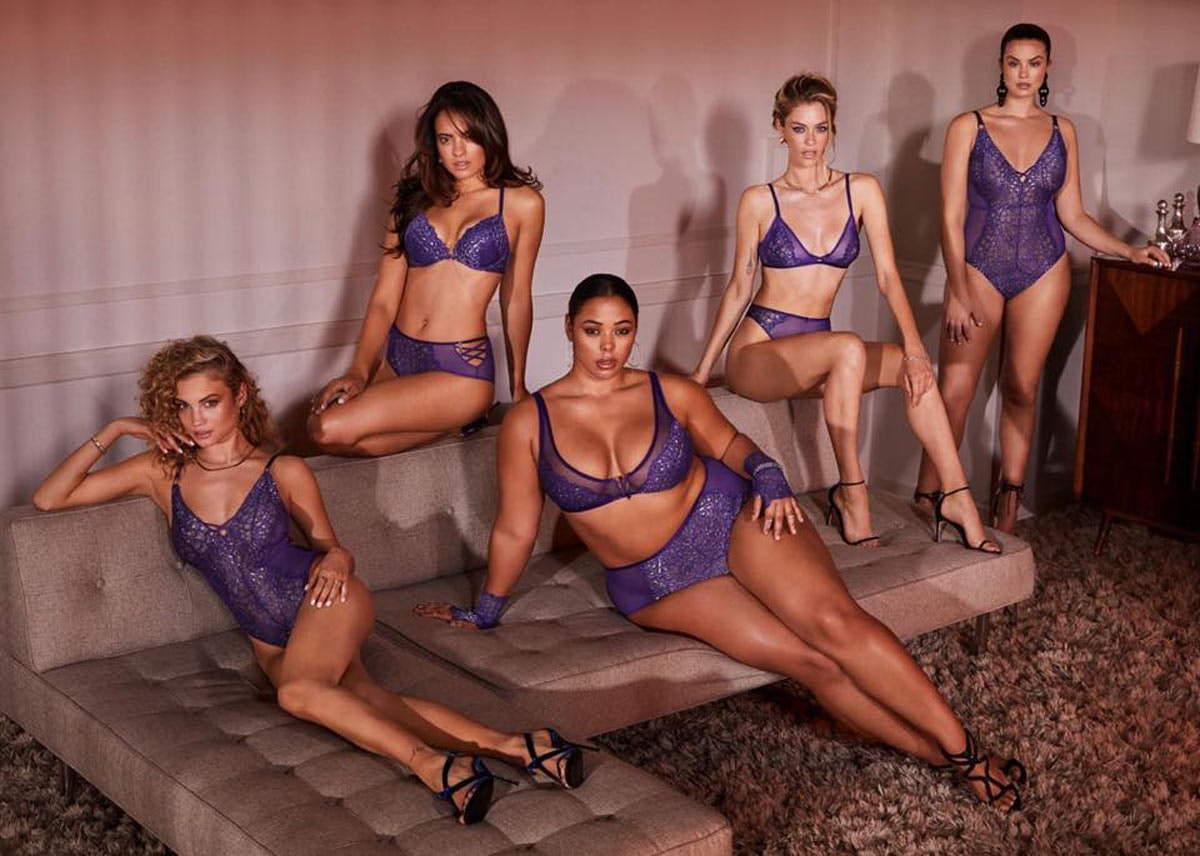 Today, Savage x Fenty’s assortment has been expanded to over 800 styles ranging in price from 10 US dollars to 100 US dollars. Shipping is offered to 210 countries on the brand’s own website, but the company has also partnered up with online wholesalers Asos and Zalando, where its styles sell out within a month on average, according to market analytics firm Edited. While no plans for a brick and mortar store have been confirmed yet, Savage x Fenty hosted a number of pop-up stores last year.

The brand offers a membership program called “Xtra VIP” granting members exclusive deals and offers, early access to product releases and limited-edition boxes curated by Rihanna herself. To Kayla Marci, Market Analyst at Edited, subscription services are a “growing trend in retail” that most lingerie companies are failing to tap. “It helps to further connect with customers and create a community”, she explains.

Seeing how Rihanna’s brand resonates with consumers has led other lingerie brands to change their ways. Since Savage x Fenty entered the market, US and UK retailers have increased the number of size-inclusive lingerie styles by 34 percent, according to Edited. “They are finally understanding that there needs to be a greater representation of sizes across products and in advertising”, noted the company. 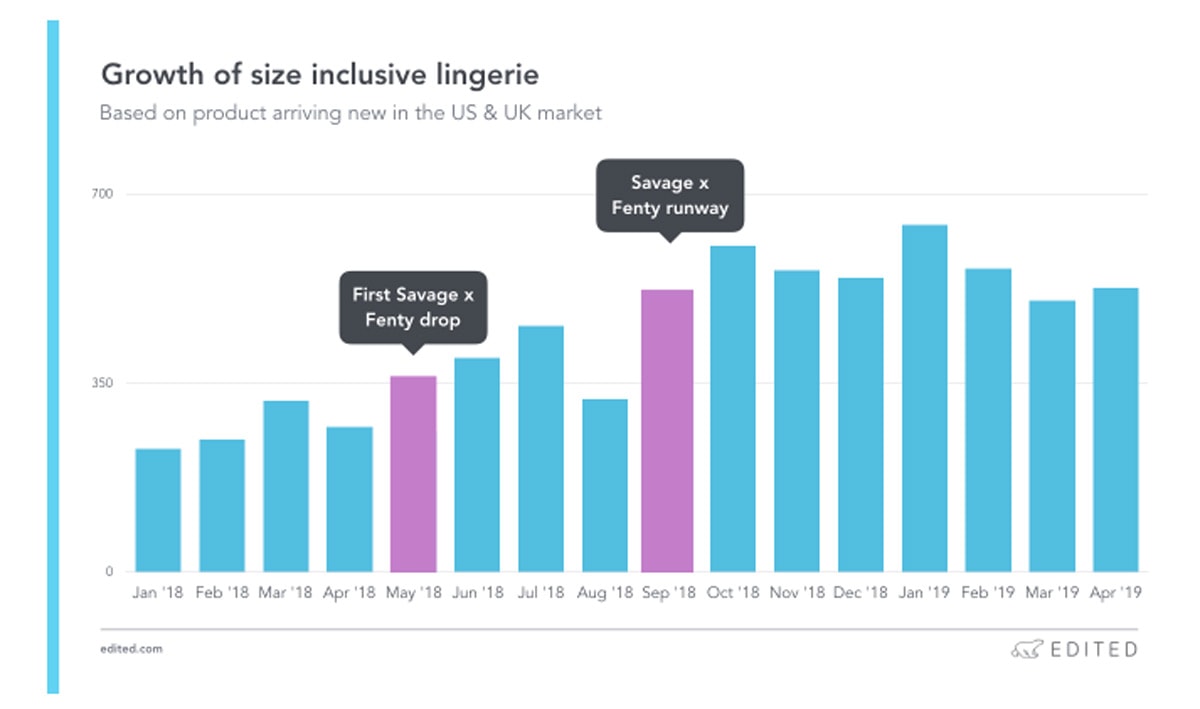 Rihanna’s label has inspired a shift in silhouettes as well. Push-up bras, a style synonymous with Victoria’s Secret and similar brands, are no longer the driver of the market. Bralettes and triangle bras comprise 42 percent of Savage x Fenty’s offering, while push-up bras only form 6 percent of the assortment.

Although Savage x Fenty prides itself for being affordable (its pieces cost 43 US dollars on average and discounting between 20-30 percent off is common), competitors Victoria’s Secret and Aerie are actually cheaper, costing 31 and 36 US dollars on average, respectively. The only brand working with higher price points is ThirdLove, whose pieces retail for an average of 67 US dollars full-price.