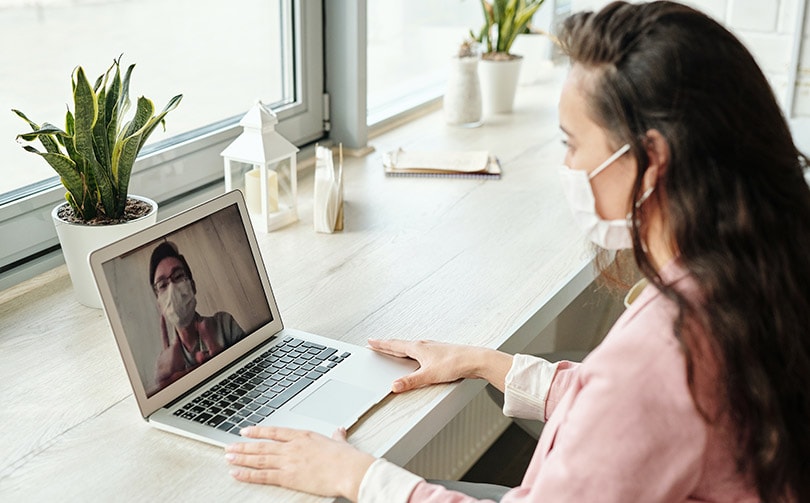 As discussion escalates on how the work-from-home model will continue as society reopens and businesses invite staff back onto work premises, the fashion industry is grappling with the limitations associated with virtual connection.

The process of creating a collection orbits around tactility. From sketch review to draping, fabric selection to fittings, putting on shows to selling, each step has traditionally involved crews of impassioned fanatics working in close proximity, touching everything in sight. Long hours and last minute decision-making can lead to heated discussions, arguments, hugs, and life-long friendships.

Fashion is a business with all the feels: It has the capacity to appeal to each of our senses. Its shows and campaigns spark our emotions while the physicality of garments on skin is visceral. How a fabric sounds, the way it produces a whoosh or a crinkle, how it performs on the body, if it skims or clings, can provide comfort, stir up nostalgia, help us define our sense of self. So much of our craft depends on the human hand, the masterful pattern cutting, painstaking beading, traditional weaving, skills that are often described as being “handed” down through generations.

COVID-19 has given brands and insiders license to deliver content with low level production values that would have been unacceptable mere months ago. Zoom conferences featuring fashion’s opinion setters and tastemakers possess a DIY spontaneity that’s almost anarchic. In an unprecedented glimpse behind the curtain we can be evaluating prominent journalist Alexander Fury’s arsenic green velvet couch one minute, and then marveling at how Anna Wintour’s rather pedestrian seafoam and ecru striped curtains, drawn closed, are at odds with her dark glasses.

And things are going wrong left and right during these ad-hoc broadcasts. There’s Cara Delevingne struggling with technology as she Zooms with the president of Greenpeace on Instagram, while sage chronicler Tim Blanks loses his train of thought because his interviewer interrupts him with her need to recharge her phone. Grand dame of US fashion, Diane Von Furstenberg, is all of us when she fluffs her hair each time she catches sight of herself in the camera. Fashion’s great and good reflect the anxieties of all of us as we stoically brace for what's next in this great WFH adventure.

John Galliano in conversation with Anna Wintour last week showed he’s game and humbled by the new frontier: ”I’m coming to terms with technology. It’s all very new to me.” Describing how he’s managing the creation of his next collection, he sees himself as a conductor whose musicians are located all over the world. “My cellist is on the terrace,” he joked, “my piano player’s in the garage.”

He dismissed the idea of staging a fashion show in favor of offering a glimpse into the process of creating a collection which would not only be an opportunity for storytelling but a way of communicating the values of Maison Margiela. Crisis brings opportunity for those willing to grab it.

More accessible than ever before, fashion’s global glitterati are sharing behind-the-scenes secrets of their shelter-in-place creativity and with the veneer removed, the connection is deeper. LVMH prize-winning French designer Marine Serre, during a Vogue Global Conversations panel which also featured British womenswear designer of the year, Simone Rocha, offered this perspective on her inability to be with her team: “You cannot touch each other so you have to care a lot about the words you use. That’s something quite beautiful. We can be more close to each other and close to ourselves.”

As we work with what we’ve got, localized, organic, messy, a sincerity has returned to fashion that had been lost to the high-profile expensive speaking events, the super edited press releases, the arena-scale theatricality of the shows. It’s a good sign for a future which we have all acknowledged must involve scaling back and offering authentic experiences, but for which no one has quite developed a roadmap yet. So in the meantime let’s just lean into this new intimacy and see where it takes us.