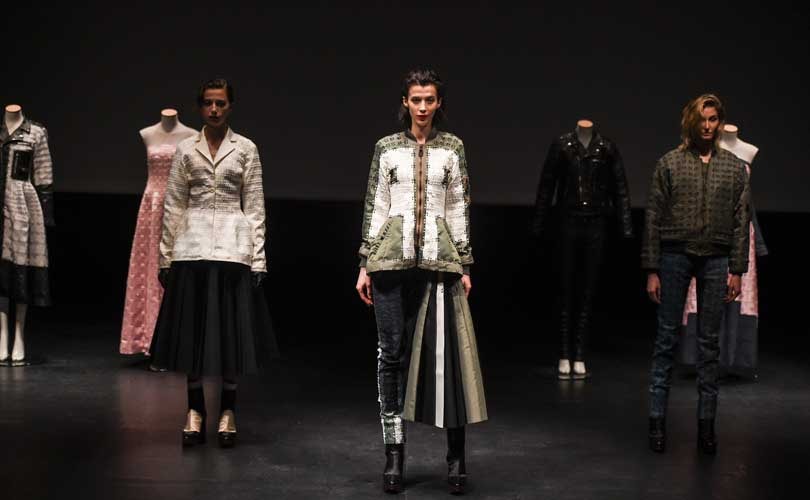 Custom-made clothes for all within reach says top designer

Japanese designer Yuima Nakazato claimed Wednesday that he has cracked a digital technique which could revolutionise fashion with mass made-to-measure clothes. "We can design every type and shape of garment to be a precise fit to the wearer's figure," he told AFP after showing his digitally created haute couture collection in Paris.

The 31-year-old wunderkind has been working for six months on a new 3D clothes-making technique using traditional materials like cotton, nylon and wool. He said that in future clothes will be infinitely adaptable "and will grow with you" -- easily expandable with the wearer's waistline -- and able to incorporate wearable devices. "We want to create a world where everyone can have tailor-made garments," said Nakazato, who was admitted as a guest member of the elite club of Paris haute couture designers last year. 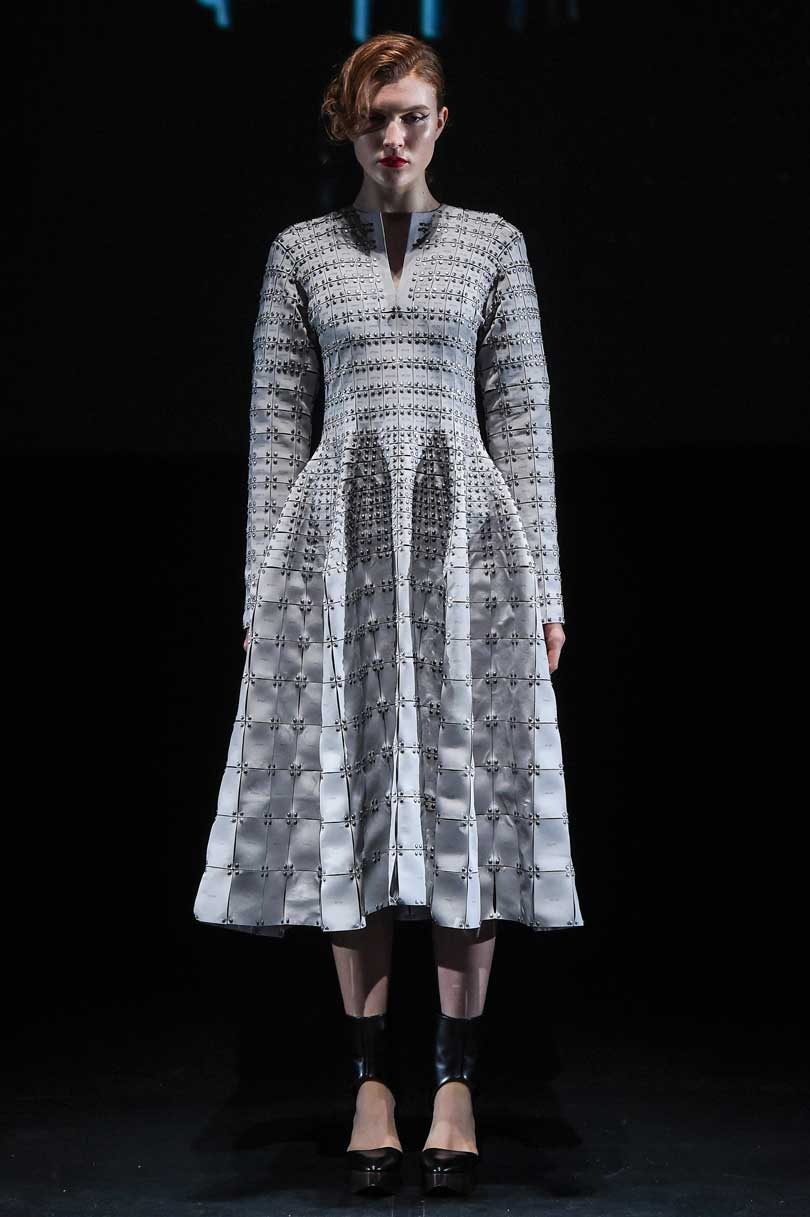 Tailor-made clothes, particularly haute couture, are out of reach of all but the world's richest people. But Nakazato argued that his technology could bring clothes that fit perfectly within the reach of all. "I think that in future mass customisation is possible" because his team had removed the major constraint "of using needles and thread".

Nakazato said the "unit constructed textile" technique he has developed in Japan with engineers, 3D designers and sculptors "can adjust a garment to be a precise fit to the wearer's figure." "With this system we are now able to build all silhouettes imaginable. It is like creating a garment from a dress pattern but with even more flexibility," he added.

Nakazato told AFP that the nine designs he showed in Paris -- which included evening dresses and a version of Dior's classic Bar suit as well as jeans and a leather jacket -- were built up with digitally-cut squares of fabric. Rather than a fitting, the wearer is first scanned before numbered squares of digitally cut fabrics are riveted together to form a perfectly fitting piece.

He said his 1950s-themed show was a taster of what might be possible. During that decade "haute couture brought back elegance and luxury to the minds of people fatigued by the war, and mass-produced jeans became the world's first truly universal attire," he added. Technology now offered the possibility of putting those two things together, he argued.

Nakazato said the major breakthrough was finding a way to use everyday fabrics like cotton, nylons and wool "which are difficult to control in digital fabrication. That was the most difficult part. But in the end we succeeded." While the young designer admitted that his work was very much at the experimental stage, he insisted that "future mass customisation is possible". "There is still a lot of work by hand" in putting the clothes together, Nakazato said. "It is like technology and craftsmanship put together."

Aesthetically his digital creations had a long way to go to reach the crafted perfection of classic haute couture, he admitted, which must be made by hand. "But this is a long-term project, and we hope you enjoy watching the evolution each season. It is part of the journey," he added. Retro 1950s fashion has been a major theme on the Paris haute couture catwalk this week.

French designer Jean Paul Gaultier put his own maverick twist on the trend with an Irish Aran sweater minidress in his collection which mixed ski resort chic with veils, super-glam Indian saris and nose chains. 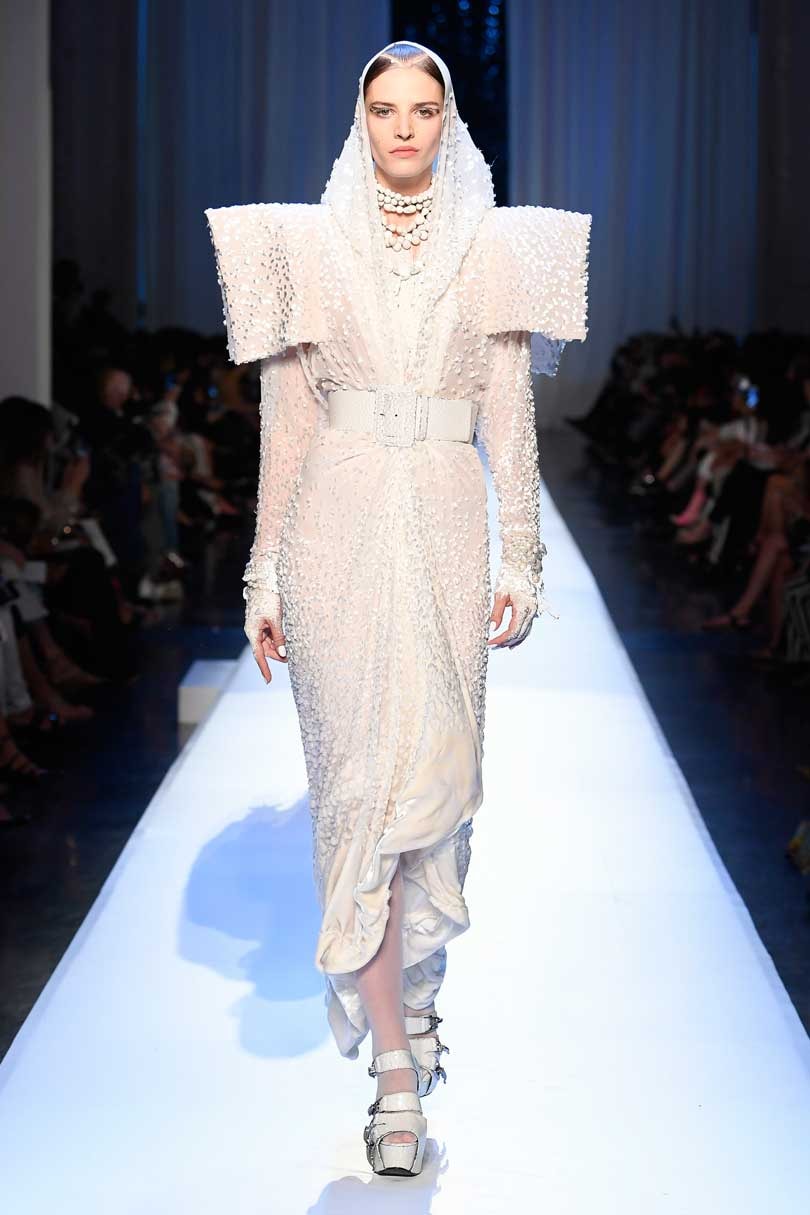 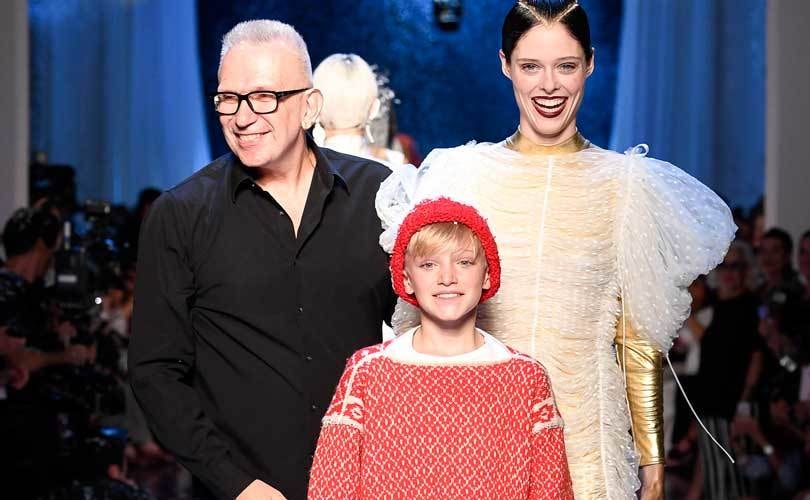 Valentino's Pierpaolo Piccioli preferred to embrace the 1970s for his bold and beautiful collection that came shrouded in handsome capes and kimono coats. Lebanese creator Elie Saab went all "Game of Thrones" with his "bright and brave warrior queens" while John Galliano at Maison Margiela transformed the humble trenchcoat into something fit for a masked ball.