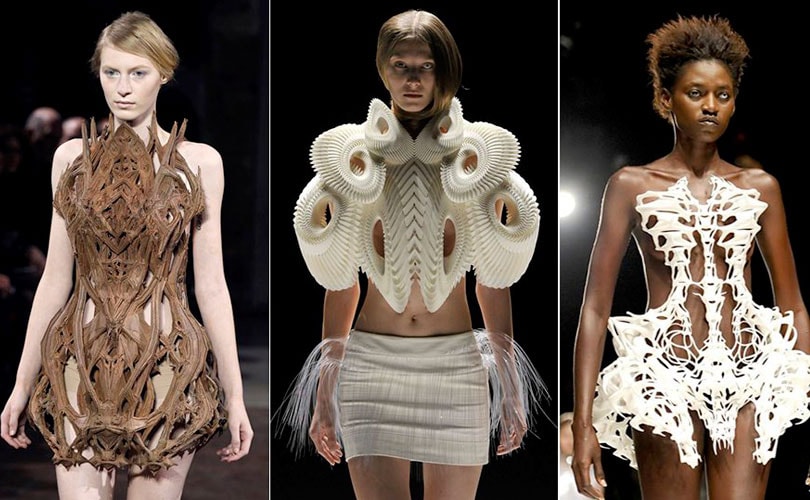 Fashion continuing to transform in the digital and technology era

New York - Just when it doesn’t seem like this age couldn’t get any more digital or technology focused, a new phone app, iPhone, or e-commerce operation pops up. There are few things that can survive without technology in this day and age, including fashion. Fashion publications have been investing heavily in their digital operations, luxury brands are finally doing e-commerce, and technology companies are trying to find ways to integrate themselves into the fashion industry.

Fashion has entered the technological era, much to few people’s surprise. While it makes perfect sense that top fashion publications like GQ and Elle are investing more in their digital operations, that one was simply a given. The real shocker to the fashion industry and the biggest indicator that fashion was undergoing a new digital and technology revolution was when luxury brands became more open to the idea of doing e-commerce.

When sites like Net-a-Porter and Moda Operandi began popping up, it was a sign that there was a new frontier in fashion. The fact that high designer clothes could now be delivered to your doorstep via USPS was a revolutionary concept. Of course, some found it distasteful at first. The idea that luxury fashion could be purchased through the internet was seen as cheapening the brands.

Of course, that old guard of fashionistas who were so hung up on the old school way of purchasing luxury goods would eventually have to bow to contemporary times. The demand for luxury goods was growing, and high fashion boutiques weren’t easily accessible to everyone. The increasing demand for luxury goods finally led Tom Ford to begin offering e-commerce, becoming one of the first major luxury brands to do so.

Technology taking over the fashion industry

Tom Ford launching e-commerce was the shot heard around the fashion world. The man known for his seven figure suits was now doing e-commerce. While his suits and dresses weren’t available via e-commerce, offerings included items like shoes, which can retail anywhere between 770 dollars and 2690 dollars, and bags, which can range in price from 1190 to upwards of 30,000 dollars.

Earlier this year in April, Chanel announced that they would be launching e-commerce, and this seemed to be the beginning of a domino affect. The week of November 4, 2015, Chanel began selling their sunglasses online, the first of their product offerings for e-commerce. Earlier this year, Spain-based luxury brand Delpozo also began e-commerce this year.

The merger between technology and fashion extended far beyond e-commerce. This year, Chanel sent a collection of 3D printed dresses down the runway. 3D printing is an additive manufacturing process where dimensional objects are made from a digital file.

It was a big indicator of how technology would begin to affect the fashion industry going forward. In June 2015, mashable.com reported a story on Danit Peleg who spent 2000 hours printing her final design project. Peleg was a 27-year-old student at Shenkar’s College of Engineering and Design in Israel. The 3D printed dresses she did were met with critical acclaim. 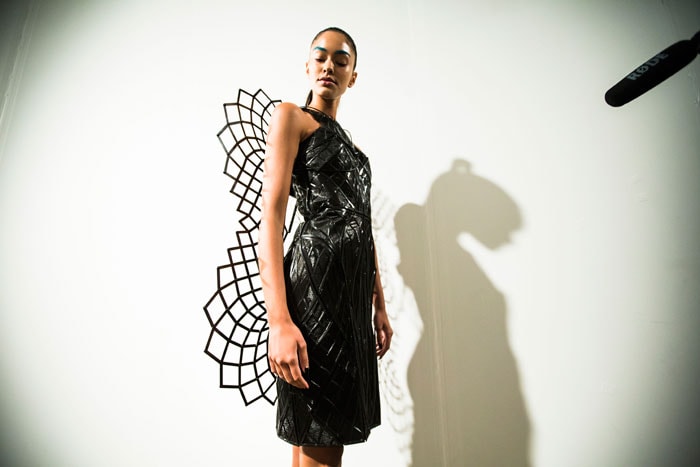 Apple is also living proof that fashion and technology now go hand in hand. Last month, Apple, in partnership with WME/IMG, began bidding for a new fashion television channel called Made2Measure. While the idea was to have an entire television channel devoted to fashion, Apple was also hoping that it would also make fashion lovers sign-up for Apple TV.

The most recent cherry on top of the fashion and technology cake came from Intel on November 2, 2015. Intel, a sponsor of New York Fashion Week, collaborated with a Brooklyn design group on a new sports bra that was embedded with computer modules that opened vents in the garment when the wearer became too warm. This wasn’t the only fashion idea to come out of Intel, however.

The company famous for their Pentium processors, also worked on a black “adrenaline dress” whose sensors expanded a carbon fiber lattice around a woman’s back when they detected rising levels of adrenaline. The dress was designed by Chromat, a fashion company known for their “structural experiments on the human body”, as their website describes it.

Becca McCharen, Chromat’s founder and chief executive officer, offered a bit of insight to the New York Times on the future of fashion and technology. “We’re starting this huge boom, and fashion is trying to keep up,” McCharen said to the Times. “Pretty soon people will be hacking designs straight off a runway and making those things, changing them around, using 3D printers.”

This year Intel also produced an interactive dress with mechanical arms inspired by a designer who liked video games. They also produced connective watches in partnership with Fossil Group as part of their entry into fashion accessories.

This is just the beginning for the future of fashion and technology. Two industries once kept fairly separate have become so intertwined. With everything from the media, education, and entertainment being affected by technology, it was only a matter of time before technology took over the fashion industry too. The age of technology is now the permanent age, and it only stands to further affect fashion moving forward in ways only waiting to be seen.