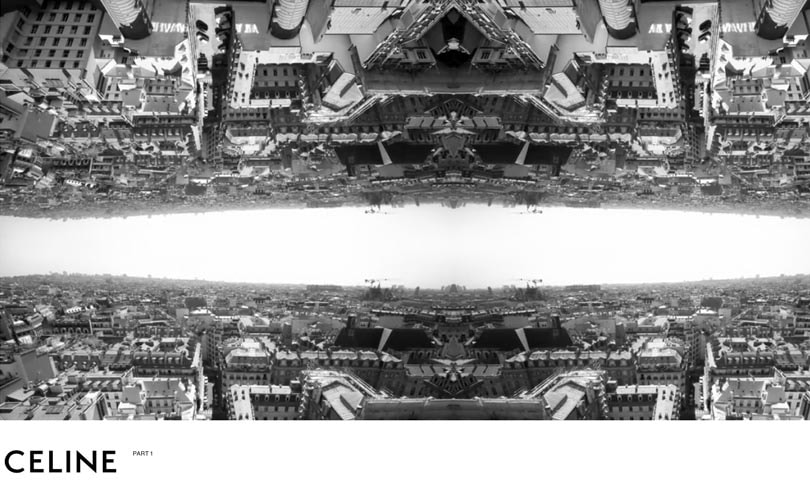 Hedi Slimane has granted a rare interview to Le Figaro ahead of the unveiling of his first collection for Celine on Friday.

The notoriously publicity-show Slimane has been busy behind the scenes, shooting the brand's first campaign, launching a visual story on its website and Instagram, introducing a new logo and setting up a men's, women's, couture and fragrance divisions.

In an interview with Laurence Benaïm, Slimane states he is excited to be back in Paris and rediscover a luxury house that embodies craft, heritage and savour-faire. He further clarifies he did not set out to wipe the slate clean of Phoebe Philo's work, but to rather start a new story in his own handwriting, respecting both the past and the present.

"The goal is not to go the opposite way of their work either. It would be a misinterpretation. Respect means preserving the integrity of each individual, recognising the things that belong to another person with honesty and discernment."

Slimane states starting a new chapter at Celine is easier to break free from the past at a house such as Dior or Saint Laurent. "Celine is a vision of Paris, a way of being worn… I don’t want to lock it up in something. There’s no constraint, no model that is linked to a very important legacy. It’s more of a French idea than a cloakroom. Starting from here, we can coin a vocabulary."

The Celine show will be held on Friday, 28 September during Paris Fashion Week.