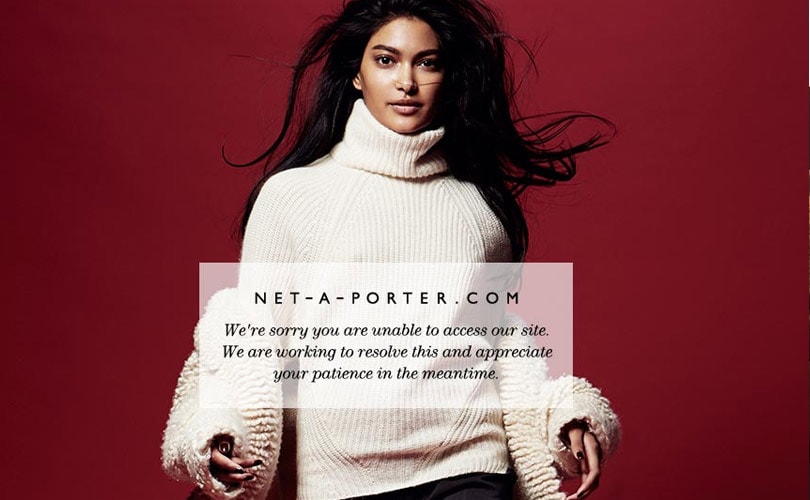 Net-a-Porter crashes ahead of Black Friday after launching sale

Luxury online retailer Net-a-Porter disappointed over a million UK customers after its website crashed a few hours after launching its end of season sale ahead of the shopping bonanza Black Friday.

On Wednesday the luxury etailer began its sale at 11 am, UK time. However one hour later a message appeared on the website homepage which stated Net-a-Porter.com was currently unavailable. A number of frustrated and disappointed users took to social media platforms, such as Twitter to share their feelings, with some shoppers complaining they had been kicked off the site before they could complete their checkout process. 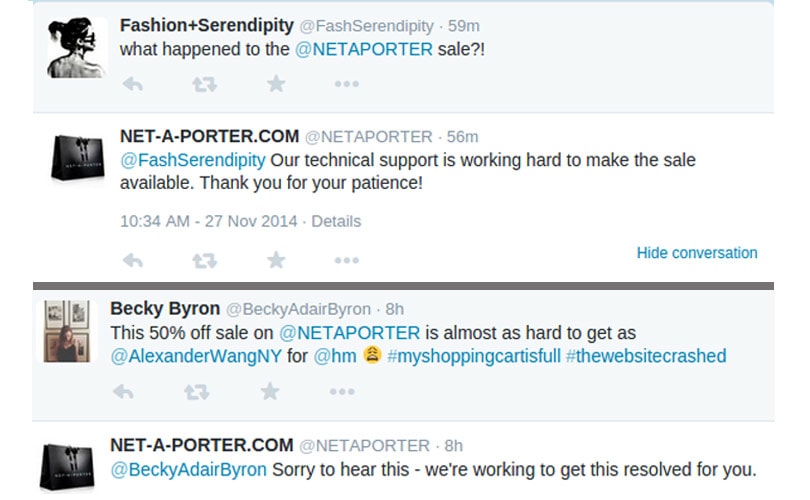 Member's of the luxury retailer's customer service team have been swift in their response to pacify frustrated shoppers on Twitter, individually reaching out to customers to help with their shopping issues. A Net-a-Porter spokesman told Mail Online that the high demand led to the sale crash, adding “Net-a-Porter.com is experiencing some site challenges which we are looking to resolve within the next hour. We apologise for the trouble.”

However Thursday morning the site was still down and the sale had yet to be resumed. Net-a-Porter's website crash comes before the start of the retail extravagance Black Friday, a US shopping day which occurs the day after Thanksgiving. 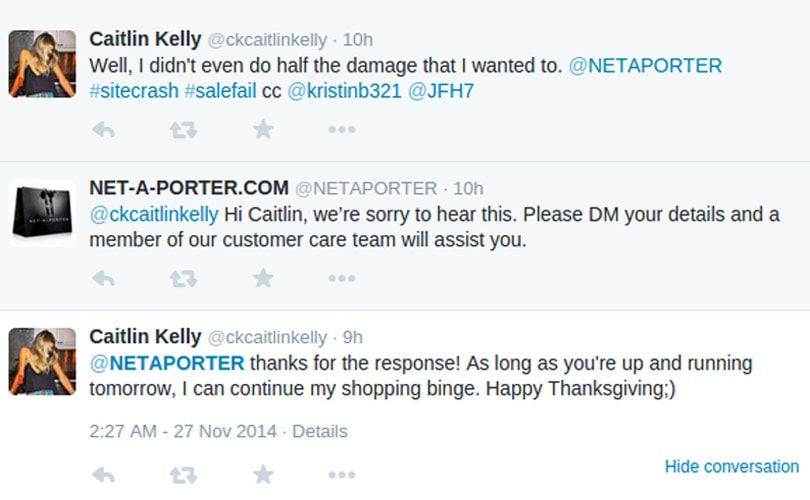 In 2010, online giant Amazon began introducing promotional offers for Black Friday in the UK and since then more and more online and high street retailers have been joining in and offer special discounts, marking the day as the official start to the holiday shopping season.

Nevertheless, the website crash will unlikely affect Net-a-Porter's sales, as rumors circulate Natalie Massenet, founder and executive chairman of the luxury etailer is gathering estimates on the value of business from potential bidders ahead of a possible sale or float. 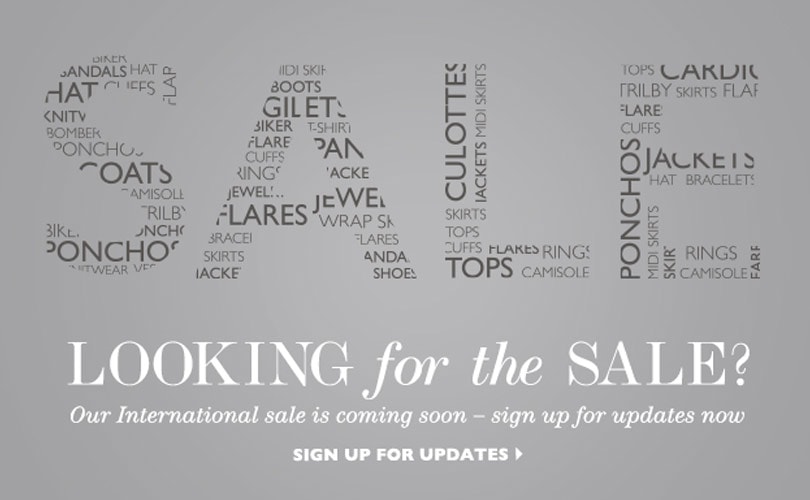 Net-a-porter broke even this year at operating level, and analysts forecast sales could hit 700 million euros for the fiscal year ending March 31. Analysts estimate that Net-a-Porter could be worth as much 1.4 billion euros, using similar online retailers such as Asos and Yoox as a benchmark.